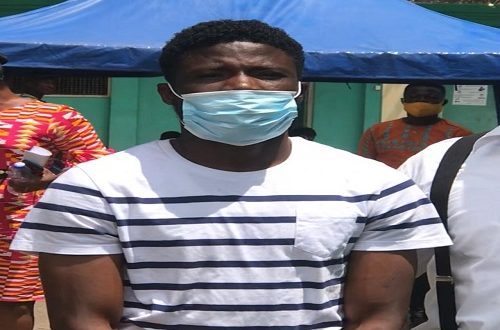 A Sekondi District Magistrate Court “B” presided over by Her Worship Rosemary Edith Hayford has convicted two persons for faking their kidnapping at Sekondi.

Even though the court convicted the two, Wilhelmina Aidoo aged 18 and Ransford Mensah alias Rapture aged 22 on their own plea, the magistrate deferred their sentence to October 26th, 2020.

Police Prosecutor, Inspector Jennifer Boakye told the court that on October 4th this year, her daughter Wilhelmina Aidoo’s whereabouts could not be traced.

She said on October 6th the mother received a strange call from the supposed kidnapper (Ransford Mensah) demanding ransom and proceeded to lodge a complaint with the Sekondi Police Command.

The police after a series of investigations sent two hundred Ghana cedis to Ransford Mensah and pleaded with him to release Wilhelmina.

The police command directed that the victim should be brought to the station for debriefing. It was at this point that Wilhelmina confessed that she together with her boyfriend faked the kidnapping.

The Sekondi Police Command led by the divisional police commander, Chief Supt Dima Zoiku and detective Inspector Roland Sakyia and other personnel moved in to arrest the now convict at his hideout base at Winneba in the central region

Philomina Aidoo, the mother of Wilhelmina who wept in court, pleaded with the magistrate Her Worship, Mrs. Rosemary Edith Hayford not to sentence the two but that was rejected.