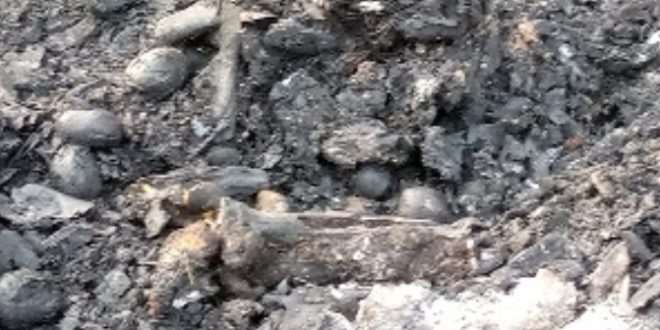 Couple burnt to death in a fire outbreak at Kotei

A fire outbreak that occurred at Kotei on the dawn of Friday, March 11 has claimed the lives of a couple after they were burnt beyond recognition. Mr. Godfred Konyo, about 54, and his wife, Mrs. Happy Danso, 50, were said to have slept when the unfortunate incident occurred.

Kwame Nyarko, an eyewitness narrating the incident to GhanaWeb said the sad incident happened at around 1:30 am on Friday dawn at the Kotei New site in the Oforikrom Municipality of the Ashanti region.

According to him, the wife (now deceased) had asked her three(3) kids to join their friends in a nearby place to spend the night since her husband, Mr. Konyo had returned from a journey he made to the Northern Region.

His narration further revealed that at around 1:30 am, nearby residents saw the wooden structure that was being occupied by the couple in flames. They however rushed to the scene only to see that the misfortune had already occurred.

“The entire wooden structure burnt down completely without a pin,” he said.

According to Nyarko, the couple had put up the wooden structure on a plot of land that belonged to another person.

He added that the three children of the couple had left to join their friends in the neighbourhood before the incident happened.

Firemen quickly intervened to quench the fire but it was observed that the couple had already lost their lives through the fire outbreak.

“Their entire bodies were burnt beyond recognition leaving some small parts of their charred hands and legs at the scene,” a witness said.

Some parts of the charred bodies were still left on the scene as at the time this story was being filed.

Though the fire officers had not spoken to the media, other opinions suggested that the fire might have been caused by a mosquito coil the couple was using. 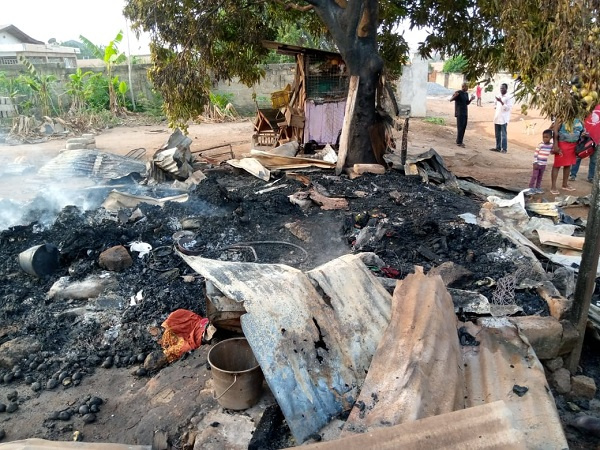