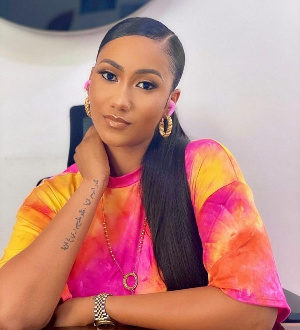 Reports of the arrest of Ghanaian musician Hajia4 Real in the United Kingdom in an alleged $8M fraud have sparked many controversies in the Ghanaian social Media space over the credibility of the said arrest, but Sammy Flex, a member of the Ghana Music Awards UK, has confirmed she’s being held.

Hajia4 Real was a nominee at the Ghana Music Awards UK, a few days ago.

Speaking to Asonaba Kwadwo Nomafo on Kasapa FM Weekend Entertainment Show, Sammy Flex confirmed the arrest of Mona 4Real but added that the organizers of the awards are not privy to what triggered her arrest.

According to Sammy Flex, they are also preparing to meet the officials to confirm what actually caused the arrest of their nominee because they were yet to present her plaque to her when they heard the unfortunate news.