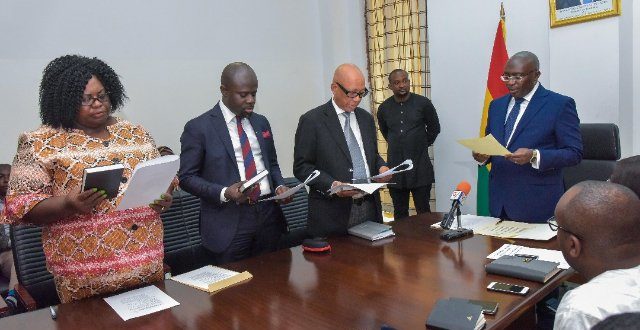 The Commission of Inquiry investigating the violence that occurred at the Ayawaso West Wuogon during the by-election is appealing to the public to furnish it with any relevant information to help in its probe.

In a statement, the commission asked the public to forward such information by email to [email protected]  or deliver it by hand to the Executive Secretary of Ayawaso Wuogon Commission of Inquiry, Christiansborg  Osu, Accra.

“Notice is hereby given to the general public inviting the submission of relevant memoranda to aid in the said investigation and for the effective conclusion of it works.”

The Commission in its press release urged the public to sign any statement or memoranda before sending it.

The Commission also said the information must be forwarded to it before February 20, 2019.

“All memoranda or other statements must be submitted by the author and bear th, sender’s name and address to enable further communication as necessary.”

Who are the members of the commission?

The Vice President, Alhaji Dr. Mahamudu Bawumia with the permission of President Akufo-Addo last week set up a Commission of Inquiry to look into the election violence that saw supposedly national security personnel in masks and uniforms beat up some citizens.

The commission which has Henrietta Mensah Bonsu and Patrick K. Acheampong as members and is expected to complete its work in a month.