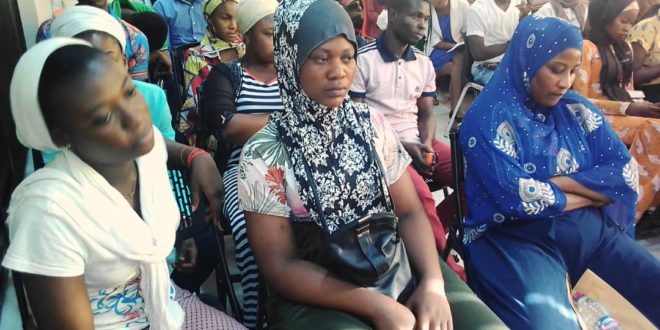 Child Marriage On The Rise In Asokore Mampong

Cases related to child marriage have hit a crescendo dimension at Asokore Mampong municipality of the Ashanti Region, The Press Radio has learnt. 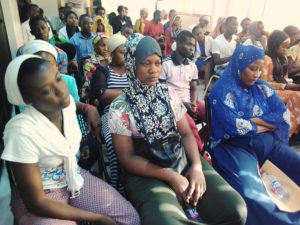 Per the findings gathered by officials of the Department of Social Welfare and Community Development through outreach events, it appears that every household within the municipality is afflicted with cases related to child marriage.

Despite the worrying status quo, official complaints vis-a-vis the canker in question are not forthcoming as expected, the Municipal Director for Social Welfare and Community Development Madam Esther Apraku has indicated. 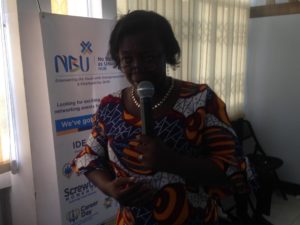 Residents and victims she revealed in an exclusive dialogue with THE PRESS RADIO do not report officially at the department but instead keep the matter to themselves and suffer in silence.

She briefed on the sidelines during the holding of  Ideanomics 7.0 event on gender empowerment at the hub of NBU Project that children and parents do not come to her outfit to file complaints.

“So far, only two cases have been officially reported” she disclosed in the dialogue.

She set the record straight that the lack of resources suffered by her outfit  has limited the execution of their mandate.

Scores of residents and victims realising this shortfall she said have decided not to report cases of Chile marriage since they are of the perception that the department lacks the logistical strength to support them.

Madam Esther Apraku said that the department at the moment needs financial support and official vehicles so that officers can carry out an up to speed delivery within the municipality and rescue children from child marriage.

She again called on government to create a special fund to support the fight against child marriage.

She continued that majority of parents push their children into it mostly because they are ignorant of the consequences of child marriage, topping up that if parents are sensitized on the foregoing, prevalence rate will reduce to the barest minimum.

According to her, it is high time parents are empowered to give their girl – child the needed security and ensure that they are ripe before pushing them into marriage.

A number of parents she underlined have ruined the destiny of the children all because they pushed them into death trap marriages.

The event which was dubbed; “Ideanomics 7.0” and was purposed to educated participants on the theme “Early Child Marriage, a Menace to Women Empowerment”.

Attendees who registered in their numbers to have a taste of the program were empowered to understand the power they posses as stakeholders, leaders, parents and professionals on how they can help eradicate the menace.

The event was organised by facilitators of NBU Project as part of efforts to ensure that 65 percent of women among the targeted 500 youths within the municipality are touched.