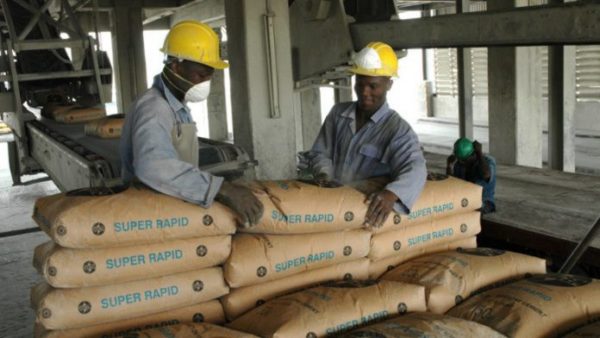 Cement prices are expected to be increased from next week.

JOYBUSINESS is learning that the wholesale price of 50 Kilo Bag is expected to hit GH¢68.00 from the current price of GH¢59.00.

According to some of the major manufactures in the country, the action has been influenced by sudden rise in the cost of operations from July 2022 due to the sharp depreciation in the Ghana cedi’s value over the past month.

Officials at one of the manufacturing firms have told JOYBUSINESS that, “when the factory price (whole sale price), for a 50 kilogram was around GH¢59.00, that was based on an exchange rate of around GH¢7.60 pesewas in June this year”.

However, based on the fact that most of them had to import some of the raw materials at dollar rate of more than GH¢9.00 now, “someone has to take care of this sudden increase in cost”.

Some of them have also told JOYBUSINESS that due to the fact that it has been very difficult to absorb all these rising cost of operations, there is the need to share some of the burden with consumers.

This might be the second time in less than three months that the price of the product has gone up due to what the manufacturers say is rising cost of production.

The development may impact prices of houses in the short term and the personal budget of many individuals who are currently putting up houses in the country. It could also impact on the cost of on-going construction projects.

Manufactures had in recent times pushed for government to take a second look at the taxes on the inputs and charges at Ghana’s ports.

They hope that could help the situation, especially when it comes to reducing the price of cement. But this didn’t get the needed attention from Government. It was the hope of these manufacturers that reviewing some of these charges at the ports could have slowed the hikes recorded in recent times.