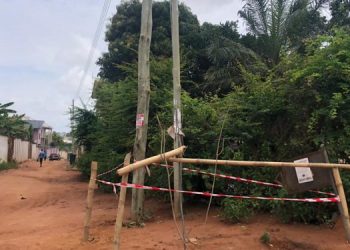 At least 133 persons have died since 2014 through electrocution while attempting to steal live wires belonging to the Electricity Company of Ghana (ECG).

Data available to Citi News show that 183 electrocution cases had been recorded since 2014.

As of the first half of this year, 2022, about five persons had perished after they were electrocuted while engaging in the illegality.

According to the Electricity Company of Ghana, such illegal activities are adversely affecting service delivery.

Speaking to Citi News, the manager in charge of external communications at ECG, Charles Nii Ayiku Ayiku, entreated the general public to serve as watchdogs on ECG properties in order for the company to serve them better.

The most recent incident occurred last Friday, August 5, 2022, around 10pm at Nhyiaeso in Kumasi in the Ashanti Region behind the Regional Coordinating Council.

The cable thief reportedly tried to steal the high voltage cables under a transformer when he got electrocuted but was saved by fire service and ambulance personnel.

Charles Nii Ayiku bemoaned that the company had to spend millions of dollars to fix tampered transformers and cables.