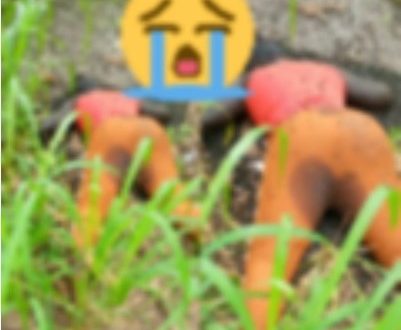 A woman believed to be in her 40s has been found dead floating on the river Kyina in Assin Sibinso in the Assin South District of the Central Region after going missing with her 12-year-old son since June 27, 2022.

The Linquist for Council of Elders in the area, Nana Akwasi Awusi who spoke in an interview with Kasapa FM news Yaw Boagyan explained that the deceased and her son went to the farm on June 27, 2020, in the morning to uproot cassava but never returned home.

After an unsuccessful search by community members, a libation was performed by the traditional authorities and the body was washed ashore a few minutes after the rituals.

Her slippers, aluminum tray, cutlass, and mobile phone was found along the river.

The deceased identified as Akua Achia was found with her eyes gouged suspected to be eaten by fish.

Meanwhile, the 12-year-old boy is yet to be found.

He added that police in collaboration with the community members have mounted a search for the 12-year-old boy.