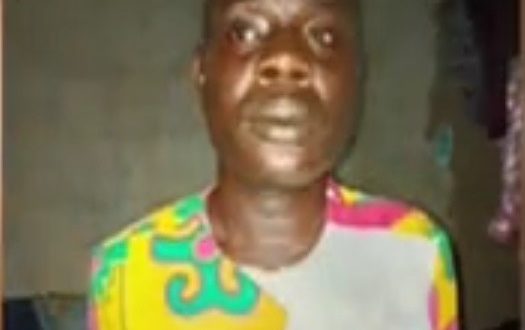 A 57-year-old man identified as Gideon Tetteh has been arrested for allegedly murdering his wife Sabina Bonney, 45, at Awutu Mankomeda in the Awutu Senya West District of the Central Region allegedly for denying him raw sex.

Information gathered indicates that the couple on several occasions quarreled over raw sex as demanded by the husband.

The late wife is reported to have insisted she will only be sleeping with her husband by using condoms to avoid any pregnancy because they already have challenges in looking after their five children.

Neighbours say they heard the couple in a hot argument over sex before the woman was murdered.

After hearing the woman shout, they rushed to the scene and found the woman’s half-naked body and her hands and legs tied with a rope.

Kasapa News Yaw Boagyan reports that the case has been filed at the Ofaakor Police and the suspect arrested to assist police in the investigation.