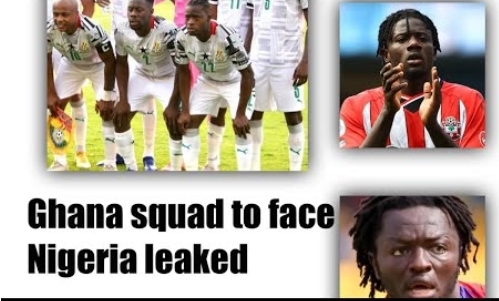 Ghanaians are anxious to know the players who will make the squad for Ghana’s crucial World Cup playoff against Nigeria in March 2022.

The first leg is 16 days away and Ghana is yet to name their squad for the doubleheader.

Although the squad is yet to be announced officially, Black Stars coach, Otto Addo has reportedly submitted his list to the Black Stars Management Committee for review.

According to Angel FM sports head and Sports Writer’s Association of Ghana journalist of the year, Saddick Adams, 8 debutants have been included, also AS Roma teenager, Felix Afena Gyan could honour his second call up after declining his maiden invitation.

Watch update on the squad below