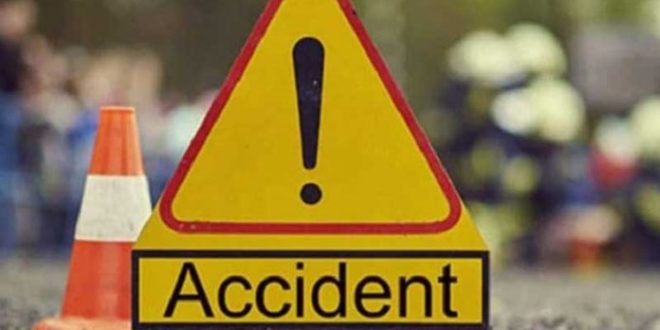 Boy crushed to death at road construction site in Zebilla

A 12-year-old boy has been crushed to death at a road construction site in Zebilla in the Upper East Region.

A pick-up vehicle belonging to the Brazillian construction firm, Queiroz Galvao, was said to be reversing when it crushed the boy who was crossing the Bolgatanga Bawku – Pulmakom road at the customs barrier area on a bicycle.

The back tyre of the vehicle registered GW 2102- 17, crushed the boy’s head, killing him instantly.

Some residents of the Aramkoliga near the scene were outraged at the development but cool heads prevailed when the police arrived at the scene in good time to prevent attack.

Construction work on the Bolgatanga Bawku –Pulmakom road was immediately halted for the day as workers of the construction firm, Queiroz Galvao, abandoned the project site for fear of being attacked by residents. Work resumed Wednesday morning.

The deceased has been identified as Thomas Asore, a class 3 pupil of the Lamboya Model Primary School.

Driver of the vehicle, Oheneba Kwajo Safo, according to the police, was detained for questioning as part of investigations into the case while the vehicle has also impounded for testing.

Superintendent of police, Mr. Adam Ahmed Mahama told 3news.com that the body of the deceased has been conveyed to Zebilla Government Hospital morgue for autopsy.

He cautioned motorist and pedestrians be careful when using the roads under construction to avoid unnecessary accidents.