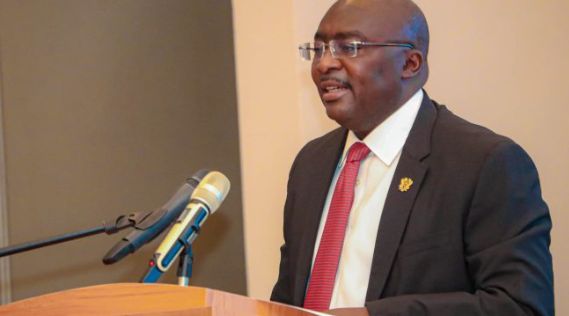 Share
The Vice President, Dr. Mahamudu Bawumia, has appealed to the Chinese government to facilitate the dualisation of the Adenta-Dodowa road under the Sinohydro project.

The intense traffic caused on that stretch has caused residents who live in that part of the Greater Accra region to demand a dualised road to ease the congestion.

Dr. Bawumia, while speaking during the sod-cutting ceremony for the construction of 100 km of inner-city roads under the Sinohydro project in Kumasi said the dualisation of the Adenta-Dodowa road will bring relief.

“You know that there is one project which I have been calling you [the Chinese Ambassador] virtually every day about. That is in Greater Accra because the people of Greater Accra have been disturbing me about it, which is the Adenta Dodowa dualisation.”

“I am hoping that with your help, we will get that project started for the people between Adenta and Dodowa,” the Vice President said.

The Vice President’s office had initially hoped work on the road would begin by the end of 2021.

In its quest to bridge the severe infrastructure deficit in the country, the government entered into a $2 billion Master Project Support Agreement with the Chinese state-run, Sinohydro Corporation Limited in September 2018.

Under the deal, Sinohydro, a hydropower engineering and construction firm, will finance and execute the construction of infrastructural projects across the length and breadth of Ghana in exchange to have access to sites to mine bauxite.

The Atiwa forest was subsequently earmarked as the site to be exploited by the Chinese company for 15 years.

Previous Police deployed to Textiles Ghana as MD dismisses some workers
Next A/R: More than 20 people have died in mining pits