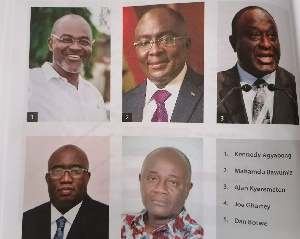 The Vice President, Dr Mahamudu Bawumia is not the choice of the New Patriotic Party (NPP) delegates in the search for a replacement for his boss, Nana Akufo-Addo post-2020 elections.

According to a survey conducted among the delegates of the party, who comprise executives at the constituency and local branches, the vice president came behind Trades Minister, Alan Kyerenateng; Railways Minister, Joe Ghartey and Assin Central Parliamentarian, Kennedy Ohene Agyapong.

The survey was conducted by prominent Pollster, Ben Ephson in 2018 and the results are published in his latest book released over the weekend.

The book titled: ‘2020 Elections: Who wins?’ also has analysis on the four years of President Akufo-Addo’s administration.

Surprisingly, the survey revealed that Kennedy Agyapong is the most popular person in the governing party.

However, the delegates do not prefer him to lead the party after Nana Akufo-Addo because he is ‘quick-tempered’. 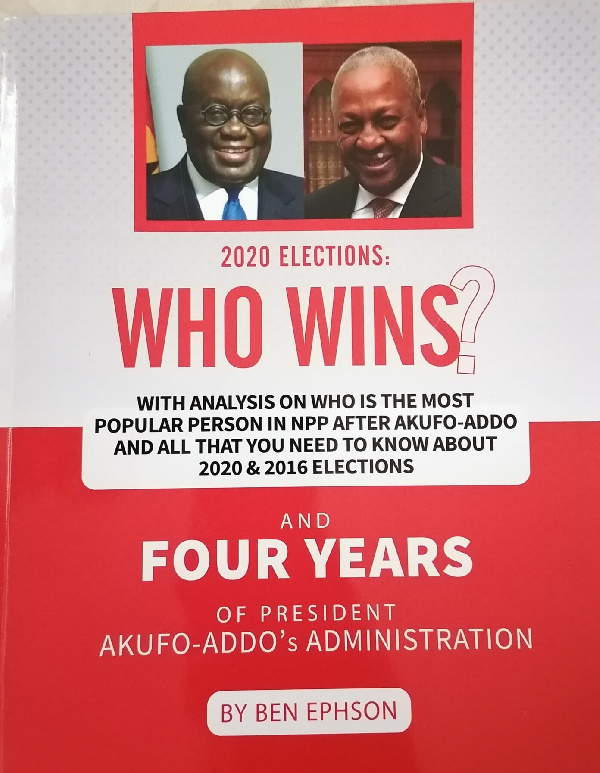 The book titled: ‘2020 Elections: Who wins?’ also has analysis on the four years of President Akufo-Addo’s administration. 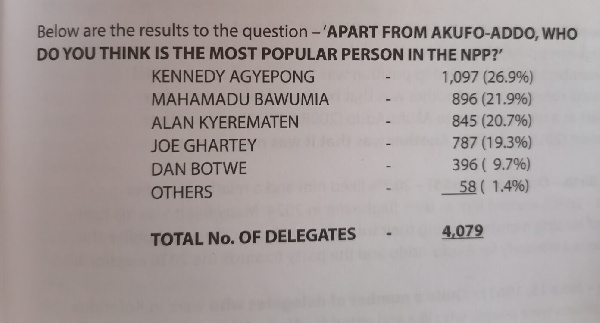 Dr Mahamudu Bawumia followed as the second most influential person in the NPP with Alan Kyeremanteng, Joe Ghartey and Dan Botwe following in that order.