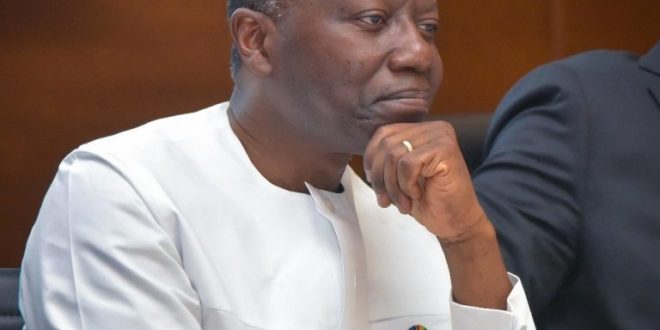 Finance minister Ken Ofori-Atta has failed to secure approval from the finance committee of parliament for an amount of 15.6 billion cedis for the banking sector clean-up.

The additional amount, according to a memorandum to parliament from Mr Ofori-Atta on November 28, 2019, is to be used to “protect depositors of failed financial institutions and improve liquidity of the financial sector”.

In a letter to the chairman of the finance committee Dr Mark Assibey-Yeboah copied leadership of parliament, Mr Ato Forson requested for documentation on the absorption of UT and Capital Banks by GCB Bank following revocation of their licenses in 2017, the 7 banks which were collapsed into the Consolidated Banks among others.

According to the Ajumako Enyan Esiam lawmaker the information “will assist us carry out appropriate due diligence in the performance of our oversight duties as members of parliament and to establish the need to commit public funds of fifteen billion six hundred million cedis”.

Officials of the finance ministry who were present at the meeting, however, failed to provide documentation as demanded.

The development compelled chairman for the committee to end the meeting without any agreement regarding approval of the over 15 billion cedis for the banking sector clean-up exercise. The amount of government is seeking if approved will bring the total amount to be used for the exercise to over 29 billion cedis according to analysts.

Previous Farmers’ Day: ‘Let’s eat what we grow’ – Mahama appeals
Next 5 awful signs you’re in love with an emotional manipulator