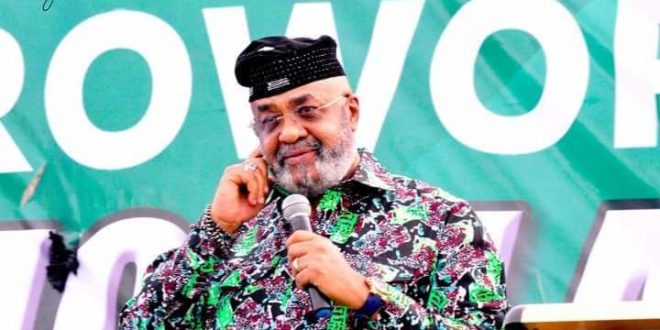 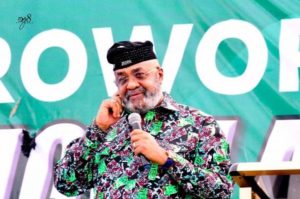 His comment comes after a referral letter addressed to the Party’s Functional Executive Committee of the NDC asking the leadership of the party to reinstate the suspended Chairman Baba Tahiru who has reported the National Vice Chairman of the NDC, Alhaji Said Sinare to the Police for no wrongdoings goes Viral.

However responding to the issue, Mr. Japhet Festus Gbede, the Communications Director of NDC’S Young Democrats stated that the NDC must not betray their National Vice Chairman by reinstating Mr. Tahiru when the latter has not indicated any sign of remorse for his actions towards the Party’s Hardworking National Vice chairman but wants to use the backdoor approach to get himself reinstated.

The vibrant Communications Director of the NDC youth group, Mr. Japhet Festus Gbede has appealed to the Greater Accra Regional Executives and Nima East Member of Parliament, Hon. Naser Mahama Toure to stay away from getting the suspended Chairman reinstated.

READ HIS FULL STATEMENT BELOW.

Coming events they say cast their shadows beforehand and for this reason it will be politically wrong to reinstate embattled Ayawaso North Constituency Chairman who blackmailed his bosss who happened to be a stalwart of the great National Democratic Congress (NDC) and a current Vice Chairman of the party.

If the referral letter I have cited from the offices of the greater Accra NDC to the Functional Executive Committee of the party is anything to go by, then the former’s suspension as chairman should be upheld and not reversed. This am sure would instill and enhance discipline in the party and ensure members are guided and reminded of existing structures.

On October 20th, 2020 Alhaji Said Sinare was invited by the police after Ahmed Tahiru lied to the police that Sinare had supplied guns to some youth to cause chaos during the 2020 December, 7 general elections.

How would anybody feel if this were to have happened to them? That a constituency chairman has blackmailed a National Vice chairman over frivolous allegations which had the capability of sending him behind bars. What an embarrassing? Not only against Sinare but the party at large just a few days to National elections.

It was an election year when serious campaign was ongoing with the aim to win the elections, Alhaji Tahiru decided to disgrace the party and make it unattractive by dragging a revered vice chairman to the police station for no apparent reason.

He as chairman of a constituency flatly ignored the interest of the party, he cared less about the elections and he was heard saying “Ayawaso North Constituency cannot win the 2020 parliamentary elections without him.”

As we speak the NDC retained the seat without him , so why reinstate such a mole.

His executives and some constituents see his suspension as a good omen which had curtailed the divisions among party members and has made the party more resolute and formidable and focused.

Party members like Tahiru don’t have the interest of the party at heart and could be used by our opponents to diminish our fortunes in future elections.

Once bitten twice shy, who knows who next he may betray for a few kwacha? It could be anyone!

I am therefore calling on the reputable members of FEC to uphold his suspension until elections are held and new executives elected.

The NDC is moving forward and any attempt to allow selfish, greedy and undisciplined blackmailer like Tahiru get his position back would be counterproductive.

His suspension is to serve as a deterrent to other members of the party, which such acts have no place in the party and for that matter Alhajin Tahiru should not be treated with kid gloves.
Allow him enjoy his suspension until fresh elections are held later.

This is similar to the unknown person who secretly recorded party chairman Samuel Ofosu Ampofo and gave it to the opposition New Patriotic Parry (NPP) to use it against the NDC in the last elections and till date the chairman has been reporting to court without knowing his fate.

It’s time to weed out the known traitors and blackmailers from the party.
Any attempt to reverse his suspension could spark unforeseen troubles at both the top and bottom of the party.

After all, it’s better to have an enemy who slaps you in the face than a friend who stabs you in the back.