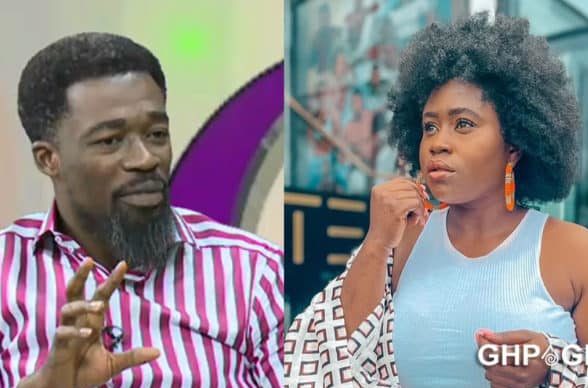 Actress Lydia Forson has subtly responded to a prophecy of death pronounced on her by the Head Pastor of God’s Crown Chapel, Rev Reindolph Oduro Gyebi, popularly known as Eagle Prophet.

In an audio making the rounds on social media, the preacher, who is notorious for making doom prophecies, is heard saying he’s had a revelation about the actress and social commentator being involved in a serious that claimed her life.

The revelation which is Eagle Prophet’s latest comes days after he prophesied that a group of 12 men will gang-rape actress Akuapem Poloo which would lead to her death – a prophecy Lydia Forson admonished him for.

According to Eagle Prophet, there is a demonic plot against Lydia Forson because she rose against Akuapem Poloo’s prophecy.

“There is a demonic plot against Lydia Forson, the enemy just wants to cut her life that is why she is rising against that prophecy. There are a lot of big men of God in her house so I expect her to understand it,” he said.

SEE THE VIDEO BELOW

In a subtle response, Miss Forson shared a mirror photo of herself on a vacation in Maimi.

She captioned the snap: “Currently at the beach having a drink called “back to sender.”

Netizens who deciphered the actresses cryptic post argued that the caption was a thinly veiled reference to the prophecy delivered by Eagle prophet.

Check out the screenshot below.