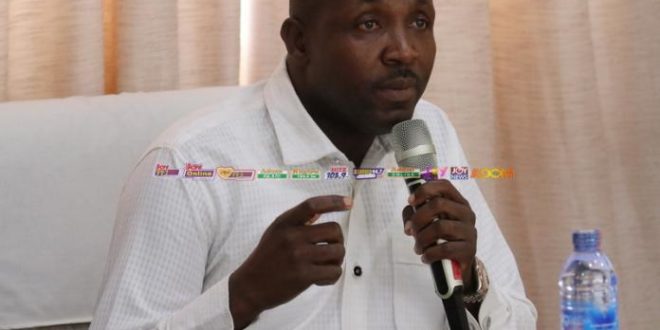 Audio: Why we own vigilante groups – John Boadu

Appearing before the Commission of Inquiry investigating incidents that led to violent activities during the Ayawaso West Wuogon by-election, Mr Boadu said the formation of the groups was to provide security within the party.

According to him, the police are unable to act when they are expected to hence the decision to form the groups for such purposes.

He said the groups consisted of members of the NPP who have decided to offer themselves voluntarily to provide security as and when their services are needed.

“As political parties, it will be difficult for the police to provide security for us given the fact that they are often outnumbered at the polling stations. They are unable to act when they’re expected to that is why we made [sic] these groups,” he said.

He has explained that fear on the part of the police that they could be transferred to unfavorable locations usually prevents them from taking the professionally needed actions.

Admitting that members of Invincible Forces, Bolga Bulldogs, Delta Force and Kandahar Boys are NPP members, Mr Boadu said they are not owned and sponsored by the NPP.

Speaking on the way forward, he said a broader view of looking at the appointment of the Police positions would be appropriate.