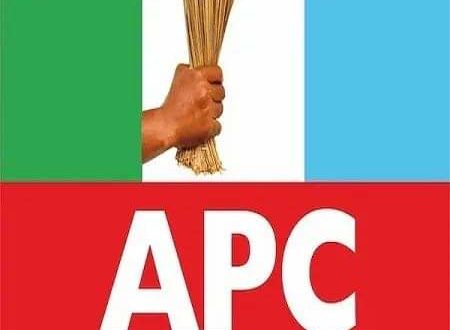 Share
Breaking;;;
APC Presidential Campaign Council postpones activities
The All Progressives Congress (APC) Presidential Campaign Council (PCC) has postponed all activities planned to kick start its campaign slated for this week Wednesday.
The Campaign Council Director General Governor Simon Lalong announced this in a statement on Monday in Abuja
The council had earlier planned the kick off with presidential campaign special inter-denominational and inter-faith prayers in Abuja and the capital cities of the 36 States of the federation
It also planned to have a peace walk in all the cities immediately after the prayers.
Arising from an emergency meeting involving key stakeholders, Chairman of the PCC Governor  Lalong of plateau state  in the statement said,  “the postponement became necessary for the Council to fine-tune its membership list”.
The statement reads: “Recall that we had earlier earmarked a peace walk and prayers for Wednesday, September 28, 2022, to officially kick-off our campaigns for the 2023 Presidential Elections. We had also announced that the members of the Campaign Council report to the Campaign Headquarters on that day to collect their letters.
“However, due to the expansion of the list to accommodate more stakeholders and interests within the APC family, we have decided to adjust the timetable of these activities to ensure everyone is on board before activities officially commence.
Consequently, the activities earlier announced for the 28th of September will no longer hold.
CLICK HERE TO DOWNLOAD PRESS RADIO MOBILE APP

“As the ruling and most attractive party in Nigeria, we understand the sacrifices and understanding of our teeming members who are more than willing to volunteer themselves for this great task ahead. It also shows the enormous love that the party members have for our candidates
“A new date and timetable of events will be announced soon.”
Source: Ibrahim G.| Nigeria| Contributor
APC Campaign 2022-09-27
admin
Share