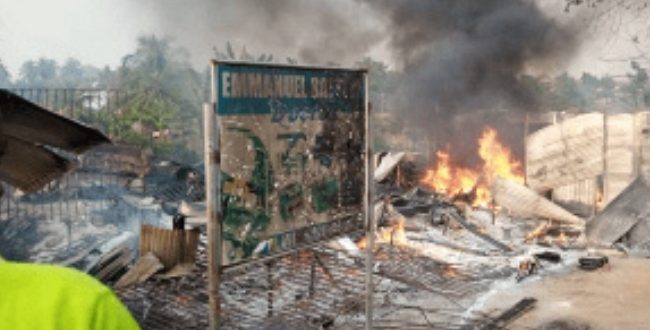 Share
Some Angry youth of Nantwi Kumye, a suburb of Bibiani in the Western North Region have attacked the Bibiani Fire Service station.

This happened on Sunday February 27.

According to reports, the fire officers could not respond swiftly when they were informed about a fire disaster at Nantwi Kumye.

The cause of the fire is not yet known.

The angry youth after dousing the inferno, turned their anger on the Bibiani Fire station where a number of properties were vandalized.

No casualty was reported at the fire station.