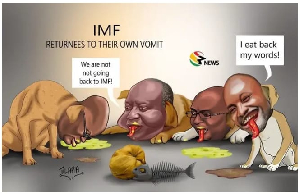 Tilapia Da Cartoonist has produced various types of cartoons to highlight some of the concerns in our society throughout the years, and as a result, he has received numerous prizes and achievements, including the best political cartoonist of the year in 2019.

Only a few individuals in Ghana are capable of incorporating social and political messages into a cartoon narrative, and one of them is none other than Tilapia Da Cartoonist. Over the years, the award-winning cartoonist has used his cartoon illustrations to express some of the country’s social and political issues, and he has done it once again with his most recent artwork.

Yesterday morning, Tilapia Da Cartoonist shared a hilarious photo to mock and display the actions of our government officials as usual. The cartoon picture has sparked mixed reactions on social media handles as many Ghanaians find it very disrespectful and annoying.

In the photo, we can see Akufo Addo, Bawumia, Ken Ofori Atta and Kennedy Agyapong being transformed to dogs and licking something awful on the ground. 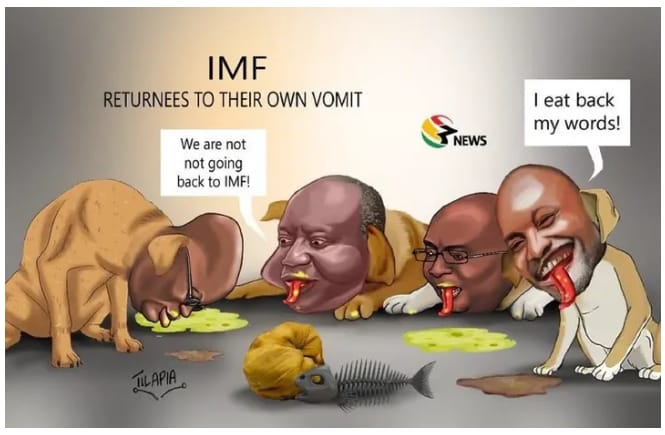 Tilapia Da Cartoonist is a cartoonist who use his works to talk about social issues in the country in a satirical way. He uses his platform on 3news to get to the masses. It may look funny in their eyes but many Ghanaians have blasted TV3 for posting such picture to mock and insult our top Government officials on their page. Here is the photo and some comments; 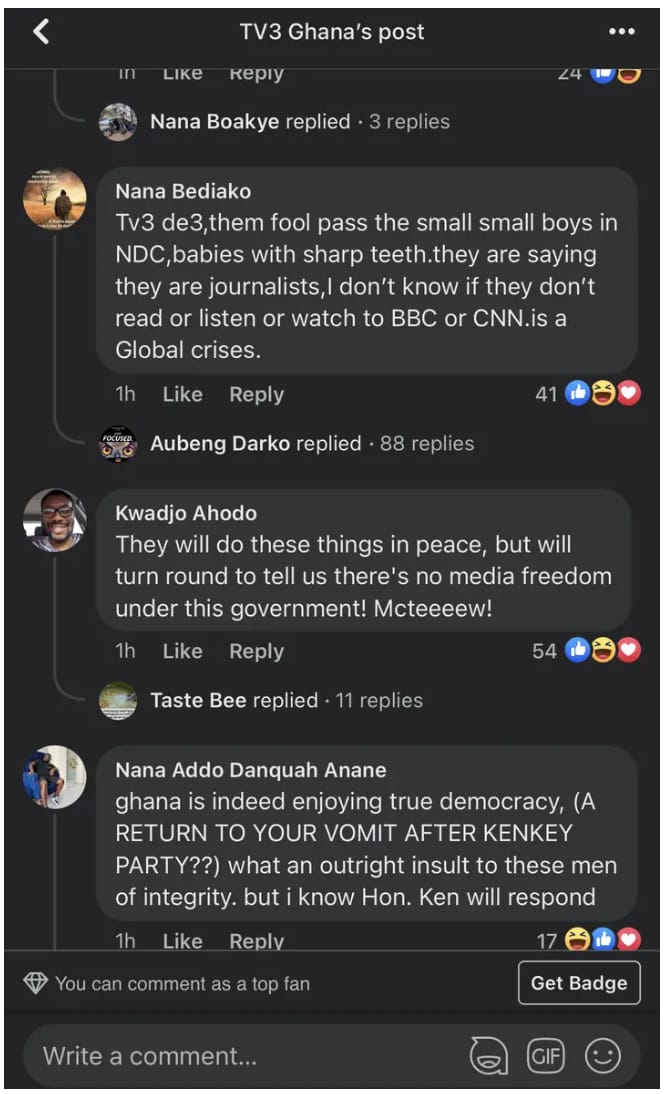