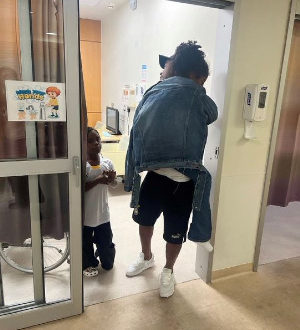 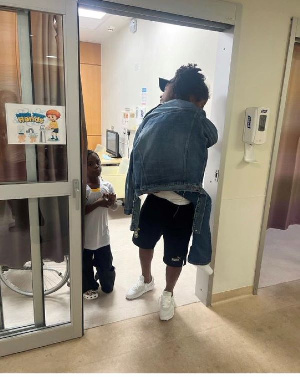 Close associates of Black Stars captain Andre Ayew have confirmed to GhanaWeb that the player’s seven-year-old daughter is recovering after collapsing during the Ghana versus Uruguay game on Friday.

Details of how and why Andre’s daughter collapsed remain sketchy but reports in the local media say she collapsed after her dad missed a penalty in the first half of the game.
The Al Saad player endured a torrid time after seeing Ghana eliminated from the World Cup and the scare of almost losing his daughter.

Andre’s daughter whose name has been withheld to protect her privacy is said to be in better health this morning.

Andre Ayew had to rush to a Doha hospital after the game to ensure the safety of his little girl.

In a post-match reaction after the defeat, Andre told reporters, “I am very disappointed with the results. We had the opportunity to go to the next stage, I got a penalty and I missed so it is difficult to take. The game was played on details and we did not get it right and I did not get it right with my penalty but I am very optimistic for the future. God gives his most difficult battles to those who can fight them and wake up. I am sad but I am willing to make it better next time.”

Uruguay beat Ghana 2-0 in a game the Black Stars needed just a draw to progress to the next stage of the competition.

Ghana picked up 3 points in three games, beating South Korea and then losing to Portugal and Uruguay in Group H.