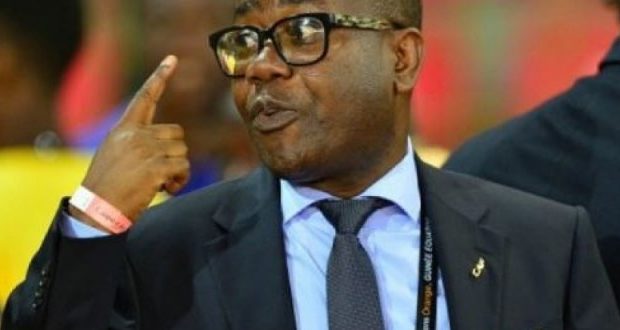 Anas exposés are clear cases of entrapment – Ex-spokesperson of Nyantakyi 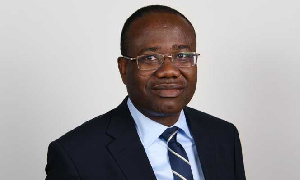 According to him, Anas engages real investors who do not know they are being used as investigative journalists for his investigations.

Speaking in a Neat FM interview monitored by GhanaWeb, Luther Oben said that Anas uses voice-overs to hide the true context in which monies are exchanged in his documentaries.

“The thing is that he does these videos in series. Someone will approach you at the initial stage and all your conversations are recorded. And most of the works Anas does are voice-overs.

“And so, after discussing business with the said investor and the person decides to let’s say pay for your plane ticket, Anas will use that time when you were being given the money for the plane ticket and use it for a video in a different context.

“When he did this to Kwesi, everyone looked on as he was tarnishing his image and he is now doing it to someone less… Anas exposés are clear entrapments and he has been doing this for a long time” he said in Twi.

Luther Oben further intimated that President Nana Addo Dankwa Akufo-Addo should not have sacked the Minister of State (in Charge of Finance), Charles Adu Boahen because he was implicated in Anas’ documentary.

He added that if the president wants to really fight corruption, he should start by sacking the Finance Minister, Ken Ofori-Atta, who has been cited in several instances of corruption.

The President of Ghana, Nana Addo Dankwa Akufo-Addo, sacked his Minister of State in Charge of Finance, Charles Adu Boahen, on Monday, November 14, 2022.

This was contained in a statement issued by the presidency on Monday, which indicated that the dismissal was to take effect immediately.

“The President of the Republic, Nana Addo Dankwa Akufo-Addo, has terminated the appointment of the Minister of State at the Ministry of Finance, Mr. Charles Adu Boahen, with immediate effect,” the statement read.

Providing reasons for the dismissal, the president said that it was based on the knowledge that allegations of corruption had been leveled against the minister.

The allegations, the statement added, are in line with an undercover investigative piece that is yet to be shown by Anas Aremeyaw Anas.

The statement added that the Office of the Special Prosecutor is to investigate the matter.

“After being made aware of the allegations levelled against the Minister in the exposé, ‘Galamsey Economy’, the President spoke to Mr. Adu Boahen, after which he took the decision to terminate his appointment, and also to refer the matter to the Special Prosecutor for further investigations.

Earlier, GhanaWeb reported how Charles Adu Boahen was implicated in the investigative video as follows:

Charles Adu Boahen, Minister of State in Charge of Finance, has alleged that Vice President Dr Mahamudu Bawumia, needs just USD200,000 as an appearance fee and some positions by an investor for his siblings to get his backing and influence in establishing a business in Ghana, Anas Aremeyaw Anas has reported.