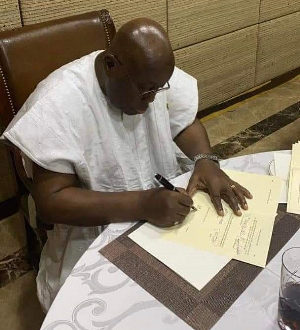 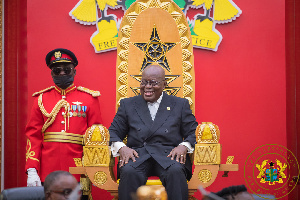 Minority walks out of parliament after E-Levy second reading

Akufo-Addo happy E-Levy has been approved

President Nana Addo Dankwa Akufo-Addo has assented to the E-Levy bill which was approved by the Majority side in parliament on Tuesday, March 29, 2022.

The action taken by the president on Thursday, March 31, 2022, means the bill has now become law.

This follows its approval in parliament on March 29, 2022, in the absence of the Minority in Parliament who staged a walk-out before the consideration stage.

The bill was approved after its third reading, with the Speaker of Parliament, Alban Bagbin, in the seat.

The Minister for Finance, Ken Ofori-Atta, on Tuesday, March 29, 2022, moved a motion in parliament, asking the House to approve the second reading of the reviewed 1.5% E-Levy bill to advance its passing into law.

The debate on the motion was divided between the Majority and Minority, who argued entrenched positions on the bill.

While the Minority maintained their opposition to the bill, members of the Majority argued in favour of the E-Levy, tagging it as essential for revenue mobilization and development.

The Majority leader, Haruna Iddrisu, during his submission on the bill, informed the presiding Speaker of a decision by his side to abstain from supporting the bill.

“In conclusion, we are not able to support the Electronic Transaction or Electronic Transfer Levy of 1.75%. We think that it is regressive, it smacks of double taxation and the people of Ghana should not suffer further taxes, financial institutions and banks should not be made to pay E-Levy.

“Therefore, Mr Speaker I am serving you notice, I have listened, my colleagues have listened to me. Mr Speaker, because we do not support the E-Levy, the Minority group led by me after listening to the majority leader will not be associated with any further proceedings on the E-Levy. We want to be recorded that when the E-Levy was brought to the 8th Parliament, we stood together, we opposed it, we asked for its rejection and we said we would not support it,” the Minority Leader said. 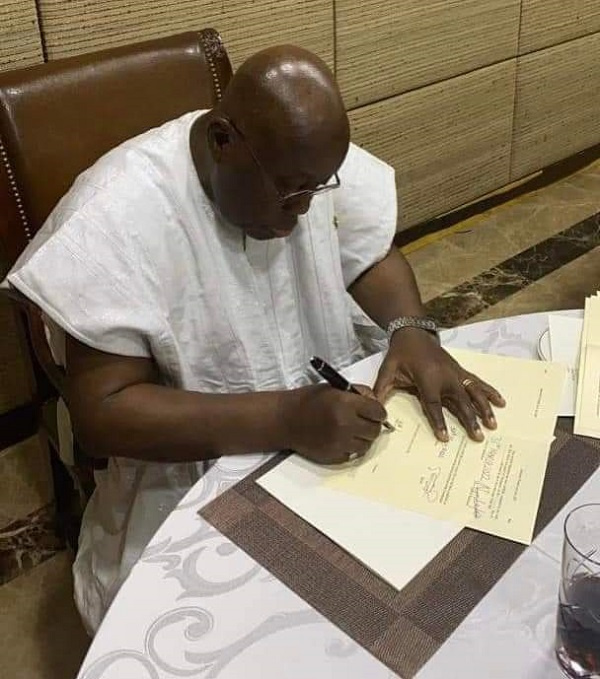 President Akufo-Addo has signed the E-levy Bill into law

Following his announcement, the Minority trooped out of the chamber.

The Majority Leader who was scheduled next to make his final statement on the debate, waived the opportunity and impressed on the Speaker to go ahead and put the second reading to a vote for adoption.

Speaker Alban Bagbin who was presiding over proceedings went ahead to put the second reading of the E-Levy to a voice vote which was given in favour of the Majority who were the only side in the chamber and shouted for the adoption.

The House, following the adoption, went ahead unto the consideration stage of the bill also without the presence of the Minority.

Previous Haruna Iddrisu, 2 others sue AG over E-Levy approval
Next I was arrested and deported to Ghana for using a suspect’s work documents – Ghanaian reveals