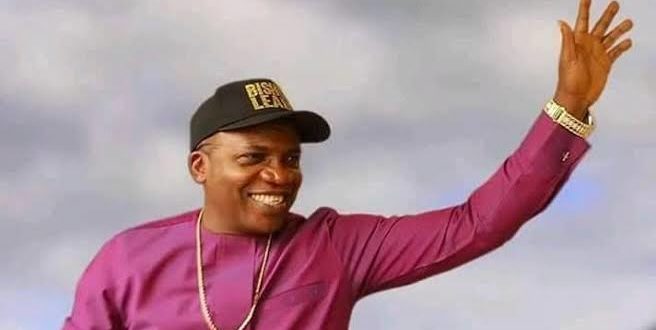 Share
Bishop Nwankpa, the Gubernatorial standard -bearer of the Accord Party (AP) in Abia State in the forthcoming 2023 general election, has decried the worsening insecurities in the state and the country at large.
He tasked the nation’s security agencies to rise up to the occassion to curtail the security challenges, and attributed the rising insecurity to leadership failure by those entrusted with the people’s mandate.
The AP gubernatorial candidate, who gave the charge when a person cross section of clergymen led by Pastor Alex Okechukwu Agomuo, visited him at his Umukalu Ntigha countryhome in Isiala Ngwa north local government area of Abia state.
It was contained in a release issued to journalists in Umuahia, the state capital on Saturday.
Mr Nwankpa admonished youths to shun stomach Infrastructure and money politics and vote right in order to secure their future, and further decried the increase rate of unemployment in the country as a time bomb that must be tackled by government at all levels.
The Abia party chieftain reassured that his government when elected come 2023, will pay attention to youth unemployment and create templates for massive job creation in the state.
His words: “you can see the level of Insecurity in the land. Hoodlums, bandits terrorists, kidnappers have taken over Nigeria, including Abia state. I urge government and all security agencies redouble their efforts in curbing criminal elements and save the country”.
CLICK HERE TO DOWNLOAD PRESS RADIO MOBILE APP

The Accord Party candidate, Bishop Nwankpa will battle for the revered seat of the Governor of Abia State in the coming main elections in the state against Alex Otti, gubernatorial candidates of the Labour Party (LP), Uche Ogah (APC), Uchenna Ikonne (PDP), Greg Ibe (APGA) and Pastor Gladys Johnson-Ogbuneke of (SDP).
Source: Thepressradio.com|Nigeria|Chijindu Emeruwa
Insecurity rising in state over failure by successive PDP 2022-07-30
admin
Share

Tags Insecurity rising in state over failure by successive PDP