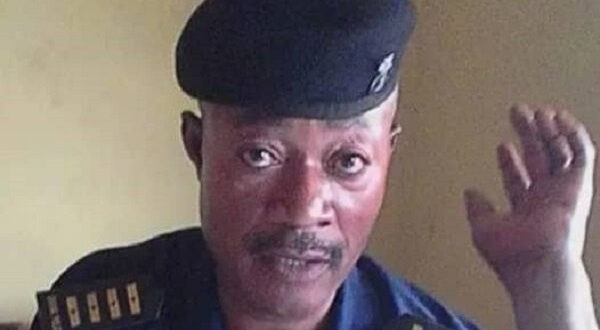 The Mampong-Atonsu Police Station Officer has been declared dead at the Komfo Anokye Teaching Hospital (KATH).

Police Chief Inspector Samuel Tettey Nartey was allegedly found in a pool of blood in his room on Friday, July 8, 2022, at about 2100 hours.

The police said General Constable Gideon Oppong, his subordinate, had called his cell phone on the same day at about 2000 hours but he did not respond.

The constable then went and pushed his door open only to see him on the floor in his room unconscious in a pool of blood.

The police said the examination of his body indicated that he had a deep cut at the back of his head with blood oozing from his nostrils.

He was then rushed to the Mampong Government Hospital and later referred to KATH where he died.

The body has been deposited at a morgue awaiting autopsy.