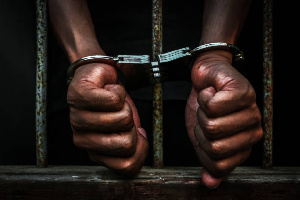 Seven persons alleged to have been involved in the death of an old man and woman have been arrested by the Police in the Upper East Region.

The two, were accused of being witches in the Talensi District.

In order to prove their innocence, the two, were forced to drink some concoctions prepared by a fetish priest.

They were made to drink the concoctions based on the instructions of some community members.

The old man is reported to have died after drinking the concoction while the old woman, died the day after.

The Police are currently searching for the other suspects.