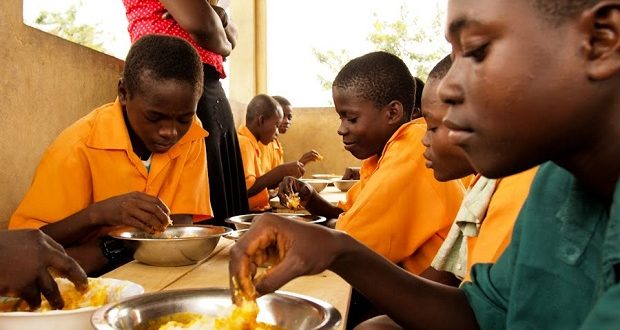 School caterers nationwide, have for the past month withdrawn services, demanding payment of about GHC234 million third-term arrears of the 2021 academic year.

The acting sector Minister, visiting some schools in the Ashanti region, revealed the outstanding amounts have been settled.

School feeding caterers across the country have for the past months laid down their tools demanding the government pays their 2021 third-term arrears.

They have also demanded an increase in the feeding grant for the pupils.

The caterers threatened to abrogate their contracts with the government, following months of delayed payment of outstanding amounts owed by the government.

But the government has revealed it has settled the arrears.

During a visit to some public schools in the Ashanti region, Mrs Dapaah said the caterers have been paid.

“We are here to make sure, we monitor the quality of food being prepared for the school children. We came here to also talk to the teachers and also the children themselves so that the story will be complete.

“We needed to find out for ourselves if they are actually cooking what they claim to be doing.