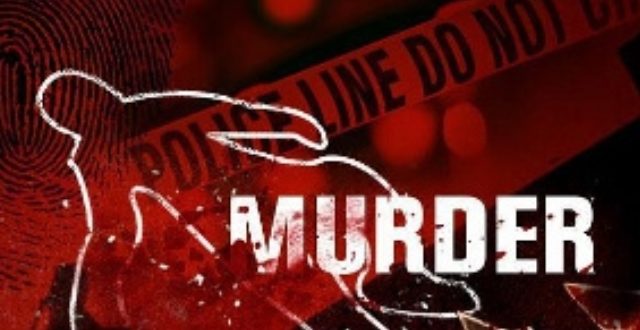 Share
The Ghana Police Service is on a manhunt for suspects in the murder of a 56-year- old woman, Madam Velynob Wagner also called Evelyn in her apartment at Amanfrom Official Town in the Ga South Municipality, on Wednesday, April 6, 2022.

The deceased was slashed in the throat and again stabbed in the neck down to the heart and left in a pool of blood.

She is said to have gone missing on Wednesday, only to be found lying in her apartment dead in a pool of blood, Friday, April 8 in the evening.

Information available to the Ghana News Agency indicates that the deceased was seen with a family friend named Kofi, on Tuesday when she (deceased) engaged him for an errand in her apartment.

A search conducted by her siblings at her apartment, her building site and other known areas proved futile.

At her apartment, it was observed the entrance was locked from inside while from behind the house, the bedroom lights and the fan were on.

Family members were told by neighbours during the search, that the said Kofi drove off the deceased’s Nissan vehicle with registration No. GW-1877-21 from the compound, that fateful Wednesday and is currently at large.

Subsequently, the case was reported to the Amanfrom District Police Command on Friday, and in the company of a police officer and some family members, the apartment was forcefully opened and Madam Evelyn was found dead in her bedroom lying sideway with her head under her bed.

Checks from the Amanfrom district police confirmed the incident and said investigations were currently ongoing.

The body has since been deposited at the Police Hospital mortuary pending autopsy.