Home / HEALTH / Lifestyle / 5 things women should not deny their husband no matter how angry they are!

5 things women should not deny their husband no matter how angry they are!

Share
Couples may fight even over the most trivial things
When a man and awomanbecome husband and wife and resolve to spend the rest of their lives together, marriage is supposed to be a happy occasion.

However, after a few months or years of marriage, some marriages experience problems or misunderstandings.

The truth is that no one is flawless, and marriage isn’t always a bed of roses—it has its ups and downs.

However, since they are furious or their husband has hurt them, some women will go so far as to do things that are unhealthy in a marriage or relationship.

They have a tendency to retaliate aggressively or destructively in order to get back at their boyfriend or show him they are unhappy right now.

When a woman is angry with her spouse, she may convey it through her facial expressions or body language. Other women may not express it, but they may appear cool and sad in a relationship or marriage, so if you understand your wife, you will realize something is wrong.

However, there are some things that you should never refuse or reject because you are furious as a wife. Such behaviour is not conducive to a healthy marriage or relationship.

You should never deny your husband food, no matter how unhappy or angry you are.

Because they are upset or irritated with their man, some women fall into this group.

They usually display their anger by refusing to eat their husband’s food.

It’s bad to deny your husband food because you’re furious because it shows you don’t care about him.

Never deny your husband food or starve him, no matter how furious you are or the reasons for your anger; it will not keep your marriage or relationship healthy, and it may even lead to more difficulties.

If you’re furious, never deny your husband the respect or obedience he deserves as a wife, or belittle him in public or in front of others

When anything goes wrong, everyone has the right to be furious or sad, but never take it to the public eye or try to influence your husband.

When awomanis upset with her husband, she may demonstrate a lack of commitment or time, which can hurt your spouse’s feelings and be detrimental to the relationship No matter how upset you are, a woman who loves her guy will never refuse to offer her spouse time, attention, or commitment because she is angry.

You’ve learned to devote your time and affection to your hubby.

Because you never know what he’s going through at any one time, ignoring him could make matters more complicated or lead to a disastrous outcome.

Because he may have critical information he wants to share with you but is unable to do so because you are furious, angry, and not allowing him the opportunity to do so. 4. Romance And Love.

Some women fall into this group because, after an argument with their husband, they tend to reject the manly activities couples do in the other room at night, which is perilous for any marriage or relationship.

When it comes to romance and love, never refuse your husband; it’s quite harmful in a marriage and may encourage your husband to start seeking a woman outside if you always act this way when you’re furious.

Such events might exacerbate tension and miscommunication in a marriage or partnership. If you’re furious, don’t ignore or refuse your husband’s devotion.

The truth is that it is not just the obligation of a guy to provide his wife with gifts or money.

Men can go broke or run out of money for a period of time due to multiple obligations, investments, and family responsibilities. As a result, it is not a negative thing if your husband requests financial assistance because you are now a family.

So you shouldn’t have him do things for you before you can help him, and you shouldn’t turn down his offer because you’re annoyed with him.

If you truly love your husband, you will see no point in paying his bills if he is destitute or financially unstable. 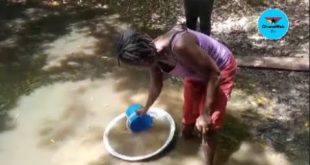 VIDEO: Residents of Ahabarsu forced to depend on a dirty pond water for survival 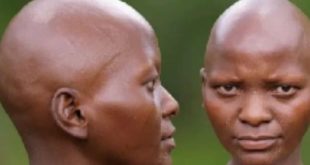 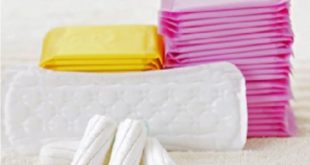 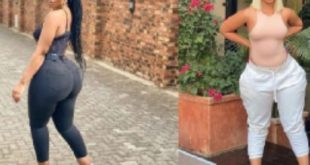 Who is the South African High School teacher Lulu Menziwa ? 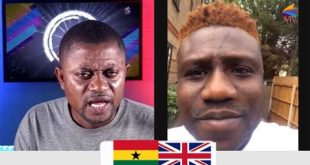 UK-based Ghanaian, Robert Wayo, has disclosed that after his father took him to London, he … 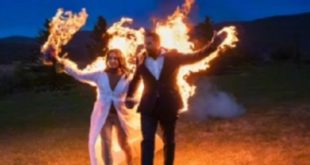 TRENDING: Bride and groom who set themselves on fire during wedding goes viral

During their wedding send-off, a married couple stunned their guests by setting themselves on fire. …