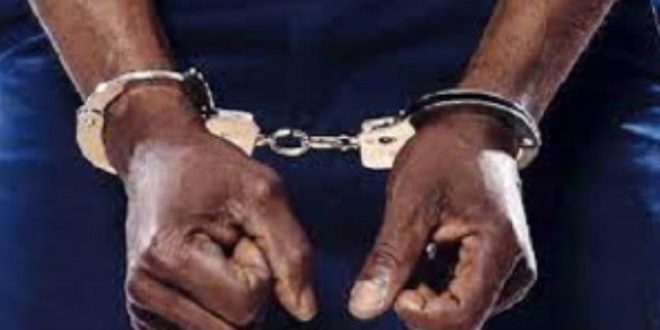 Share
0The Bawjiase Police have arrested a 35-year old man who allegedly drugged and sexually assaulted a married woman.

Narrating her ordeal, the victim, who sells sausages said the suspect bought some sausages on credit for which reason she went to him for her money.

She indicated that the suspect asked her to sit in his car and gave her a bottle of malt before paying her the amount owed.

“I sell sausage at the lorry station and he usually buys from me. On Tuesday he bought sausage from me and told me to come back for the money later. I went to him in the car later to collect my money only for him to offer me a bottle of malt. After taking the malt I felt sleepy and I only got to know after I woke up from a hotel room naked”, she told Citi News.

The suspect, whose name was given as Kwabena Ebo and popularly known as ‘One in town’, is a trotro driver.

According to the victim, when she asked Ebo why he did that “all he could say was that he had gotten what he wanted and he will deny ever having anything to do with me if I report to anyone.”

The woman expressed worry since she was married and could not understand Kwabena Ebo’s actions especially when she was in her period at the time of the incident.

Meanwhile, the husband of the victim, Kwesi Ayitey, has stated that the only way to resolve the matter is through the law court.

“I have had an indication that some elders of the town want to sit on the matter and settle it, but I won’t agree because that has been the way they do things here. I have told the police I want the matter to be settled at the law court and that’s how we will have finality to the matter” Kwesi Ayitey told Citi News.

The Bawjiase District Police Commander, Superintendent Felicia Ayensu, has confirmed that the suspect is in their custody and investigations have begun.