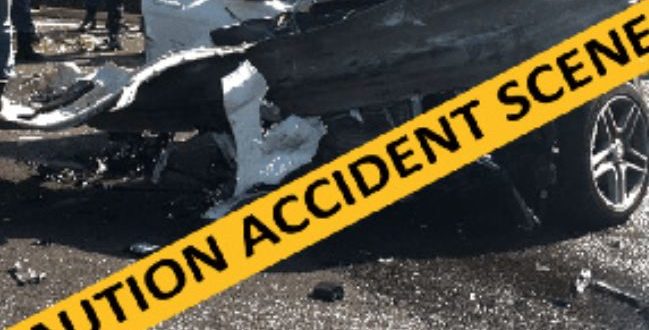 3 dead, others injured as truck transporting logs somersaults at Mim

13 involved in accident at Mim

Some three persons have died on the spot where an accident occurred on Tuesday, March 8, 2022, at Mim in the Asunafo North District of the Ahafo Region.

According to a Daily Guide Network report sighted by GhanaWeb, a Rhino Truck with registration number AS 1955 X somersaulted when the driver lost control of the steering and crashed on the outskirt of the town.

According to an eyewitness, Fatao Fuseini, the victims had gone to a forest in the area to illegally harvest the logs and were involved in the accident while leaving the forest with the harvested logs.

“They were 13 in numbers including the driver of the truck. Upon reaching a point at Fetegya, a sub community of Mim, the driver lost control and the vehicle somersaulted.

“All the heavy logs/beams, together with the truck fell on the people in the bucket,” Fatao is quoted to have said.

Three of the victims died on the spot while the rest sustained various degrees of injuries.

The bodies of the deceased victims have been conveyed to the Gooaso Government Hospital by the Police for autopsy and preservation while the injured are also receiving medical care at two different hospitals, Life Care Hospital and Ahmadya Hospital, all located at Mim in the Ahafo Region.