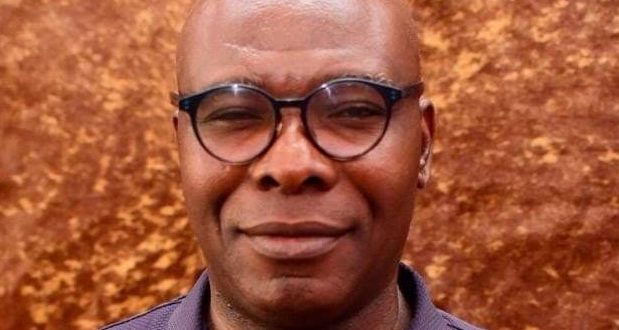 Share
The Director of E-Media Publicity of the Campaign Organization of Abia State Gubernatorial Candidate of the Peoples Democratic Party (PDP), Mr Uche Aguoru, has advised against attempt to disrupt academic activities at Ngwa High School under the guise of political campaign rallies.
This comes on the backdrops of the planned flag-off of electioneering campaigns by the Abia Governorship candidate of the Labour Party, Alex Otti scheduled on 10th November 2022, with a rally billed to take place at Ngwa High School Aba.
Otti had in a release during the weekend, invites the 2023 Presidential Candidate of the Labour Party, Mr Peter Obi, and his running-mate, Senator Yusuf Datti Baba-Ahmed, the National Chairman of the Labour Party, Barrister Julius Abure, and other high ranking national officers of the party.
But Chief Aguoru, while addressing a cross section of journalists on Wednesday in Umuahia, against this backdrops,  described as insensitivity taken too far on the attempt to shut down Ngwa High school for rallies during school hours by Otti.
According to him, “to every sane Abian who understands the importance of education and cares about the safety and well-being of our children the attempt on its own amounts to gross abuse of privilege and flagrant disregard and disrespect for the rights of the students and their teachers.
“How can any human being contemplate holding a political rally with all the dangers and insecurity associated with such political events in a school compound when students are holding lectures,”Aguoru queried.
Continuing, the spokesman of the Abia Gubernatorial candidate, further described planned action as wicked and abuse of the privilege of free political air that Governor Okezie Ikpeazu-led government is offering and must be condemned by every well-meaning Abian.
“Apart from the destruction of facilities in the schools where such rallies are held, people also defecate and mess up the school premises and therefore abandon it for the students and management of the school to use their active study time to engage in the clean up of their premises.
“In this period of insecurity in our nation, it is high risk for anybody to hold political rallies when schools are in session ad the security of students cannot be guaranteed under such circumstances and anybody who holds such rallies is an enemy of the public”, he added.
Aguoru warned Otti and co travelers not to place their political ambitions above the security and future of Abia children and should be sensitive enough to consider the distraction and danger such a program will cause to the students.
“Dr Otti should please place the education and lives of our children above his personal and political Interest if he truly cares for Abia state and her people.
“I am therefore pleading with the Labour Party to please consider the lives of the students and their teachers and change the venue of the rally or please reschedule the event to a time and date when the students won’t be in session”, the PDP chieftain admonished.
Meanwhile, it was gathered that the Labour Party Governorship standard-bearer, Alex Otti will use the opportunity of the flag off ceremony to present his manifesto which will be unveiled by the Presidential candidate, Peter Obi.
The event will also include the presentation of flag to all candidates of the Labour Party in Abia state by the National Chairman and Presidential candidate of the party.
Meanwhile, the 2023 Gubernatorial candidate of the Labour Party in Abia state, Dr Alex Otti has reiterated his unwavering and untiring committment towards enhancing the welfare of the people of the state.
He regretted the alleged inability of the Peoples Democractic Party-led administration in the state despite the huge financial allocations accrued for the development of Abia state,  frowning in a strong term also, the disturbing and rising debt profile of Abia state spanning to billions of dollars allegedly mismanaged by the government controlled by the party.
CLICK HERE TO DOWNLOAD PRESS RADIO MOBILE APP

Otti, an Ex-bank Chief Executive Officer and economist, who made his feelings known in a statement on the heels of his assessment on the human, economic and Infrastructural developement of Abia state since after the inception of current democracy in Nigeria.
Source: Thepressradio.com| Emeruwa Emeruwa, Abia
Abia PDP stalwart Aguoru berates Otti 2022-11-10
admin
Share 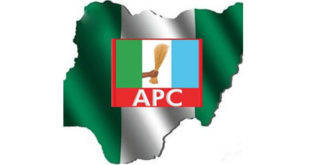