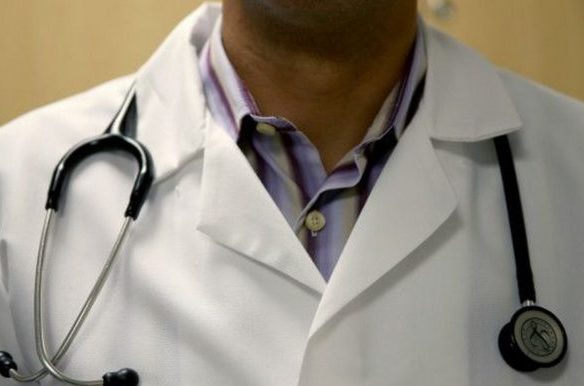 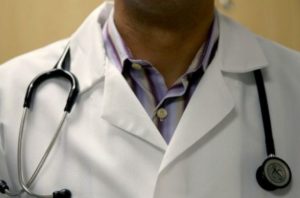 The National Intelligence Bureau (NIB) has busted a 49-year-old-man for posing as a doctor in parts of Accra.

The suspect, ‘Professor Doctor Kwabena Agyapong Kissi’, who has been using a fake professional profile to deceive his innocent clients, claimed to be a lecturer at the University of Ghana.

He also claimed to be a surgeon at the Korle Bu Teaching Hospital in Accra and is alleged to have been prescribing drugs for some of his victims, who include cancer patients.

The suspect later told officials of the NIB upon interrogation that he was not an employee of the University of Ghana.

The fake doctor also said he had administered oral prescriptions to over 25 patients that had worked for them.

Details of a prescription form from the Korle Bu Hospital obtained by the Daily Graphic showed that the suspect had administered some medications, suspected to be drugs from unsuspecting patients.

The quack ‘Professor Doctor’, who does not operate a health facility, is alleged to have been plying the medical trade since 2017, based on recommendations from some of his victims.

The self-acclaimed doctor has also used that designation to endorse the forms of some unsuspecting passport applicants.

The suspect told the Daily Graphic in an interview that he only misrepresented himself as a lecturer and medical doctor to some people.

“I misrepresented myself as a medical doctor and a lecturer at the University of Ghana, when I am not,” he stated.

When asked about his medical training, the suspect claimed he had read several medical journals after graduating in Biological Sciences from the University of Ghana many years ago.

The suspect, who pawns books for a living, claimed that his prescriptions had been very effective for his patients.

Mentally ill boy, 9, locked up by mum, burnt to death in fire outbreak