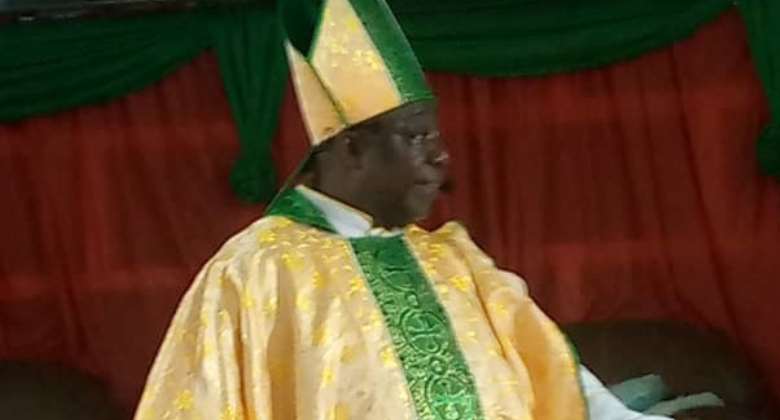 Founder and leader of the New Jerusalem Chapel located at Kumasi Sokoban Ampayoo in the Ashanti Region Bishop Dr Dr John Yaw Adu has asked Ghanaians not to entertain self-styled prophets who are fond of death pronouncements.

He stressed that if their prophecies are truly from God, former presidents John Agyekum Kufour and John Dramani Mahama among other prominent citizens of the country would have died by now.

The pastor comments follow the caution issued by the Inspector General of Police (IGP) to prophets against death prophecies on 31st December watch night services which often creates fear and panic in the country.

“The IGP was right, l support him 100 percent about his directives,” he told his congregants, adding that, the noble work of the priesthood has been dragged into the mud by the so-called three to six months bible studies prophets.

For the fact that prophecy has its good and bad side, he stressed that wisdom is needed in the interpretation of prophecies especially those that are considered as bad or negative.

He referred the fake prophets to what happened to John the Baptist, Nathaniel, Elijah among others when they tried to joke with prophecy in the ancient days.

That notwithstanding, he indicated that there are true prophets in the country who are preaching the gospel accordingly.

The major challenge, he stated is that Ghanaians and particularly politicians have turned the self-styled prophets into NDC and NPP pastors for making prophecies that favours them politically.

Dormaahene applauds Twene Jonas, others for stirring wave of activism in Ghana