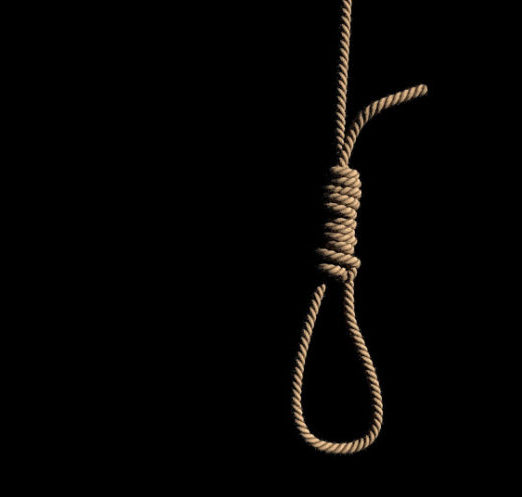 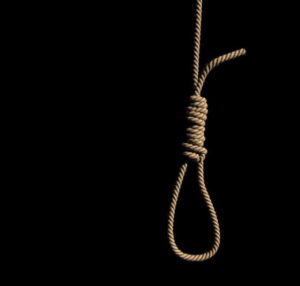 A fabric low poly suicide rope with slipknot placed on the white concrete wall with white space on left. 3D illustration and rendered by program Blender.

An unidentified man, believed to be in his early 40s, has allegedly committed suicide by hanging, at Awudome Public Cemetery in Accra.

The deceased with well-shaved hair and beard, dressed in a pair of black trousers, a grey pullover and wearing a pair of black slippers, was found hanging from a tree at the cemetery.

He wore what appeared to be a wedding ring, red shorts under black trousers, while a dagger’s cover hung out of his back pocket and had his tongue protruded out of the mouth.

A few residents of Awudome Estate, in Accra, and passers-by, rushed to the cemetery in an attempt to catch a glimpse of the body.

When the Ghanaian Times arrived at the scene, at 6:40.am, a handful of people had gathered, discussing what might have triggered the alleged suicide.

While some of them suspected foul play, others opined that he might have ended it all “to run away from the pressures of life.”

Some motorists, who operate around the vicinity, said the deceased was not familiar to them.

He said the police at about 7:00 am received information about the suicide, and a team of experts from the Criminal Investigations Department at the police headquarters were deployed to the scene.

ACP Kumi said the team found the deceased hanging in nylon from a tree at the cemetery and conveyed it to the Police Hospital mortuary for investigations.

He said no Identity card, mobile phone or suicide note were found on the deceased and gave the assurance that efforts were underway to trace the relatives of the deceased.