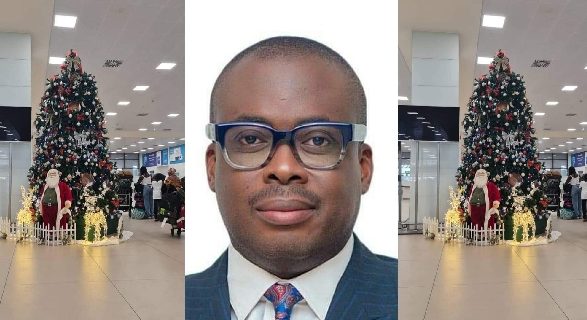 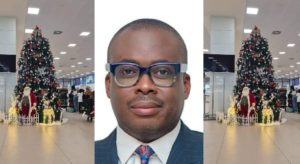 The Board Chairman of the Ghana Airport Company, Mr Paul Adom-Otchere, has described as ridiculous, claims that the company bought four Christmas trees for GHS84,000 for the festive season.

A Facebook user had alleged that the company bought the trees for GHS84,000.

Responding to the claim, Mr Adom-Otchere, also in a Facebook post, said the trees were bought at a discounted price of GHS34,000.

The Good Evening Ghana host also explained that other inspirations at the airport were provided by Favors and Arts for GHS84,000 out of which GHS50,000 was obtained via sponsorship.

Dear folks, my attention has been drawn to a social media post (herein attached) grossly misrepresenting facts about Christmas inspirations that were mounted at the Kotoka International Airport.

Here are the facts:

FACT: The Ghana Airports Company Limited has for many years mounted Christmas inspirations around the terminal area to create a festive atmosphere for passengers and their families coming into the country.

FACT: Two separate suppliers were invited to submit bids. The bids were discussed and discounts obtained. (We are grateful to Jandel Limited and Favors and Arts)

FACT: The beautiful Christmas tree standing at Terminal 3 and 3 others altogether cost GHC 34,000, which was graciously provided by Jandel Limited at a heavy discount. (We thank Jandel Limited)

FACT: The other inspirations were provided by Favors and Arts for a total cost of GHC 84,000 out of which GHC 50,000 was obtained via sponsorship.

FACT: All salaries and or bonuses due staff for December have been paid.

It is ridiculous for anyone to say that the invoices from these two reputable companies were issued in the name of the Board Chairman, that just means the author of such spurious allegations has insufficient acquaintance with corporate workings.

We will like to urge the general public to disregard these unfounded allegations. The GACL has a fully operational corporate affairs department that is able to attend to all public enquiries.

We will like to assure the general public that we are fiercely committed to supporting the Hon Minister of Transport to achieve President Akufo-Addo’s vision for the airport, the vision contained in clear directions is to “make all Ghana airports an important symbol for our national development agenda”.

That is our focus for which we require prayers and support. Amen