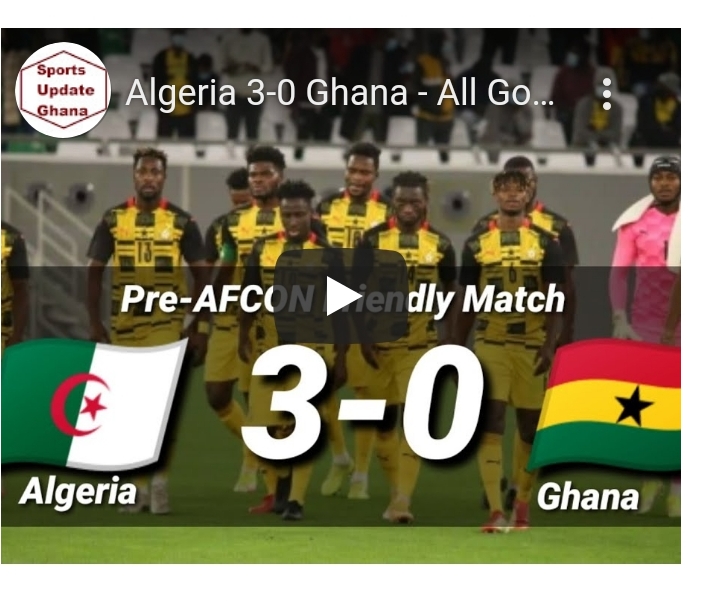 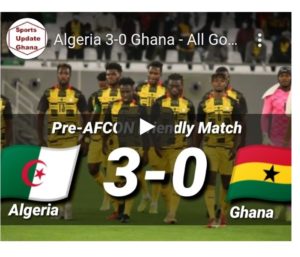 Ghana’s senior national team were trashed 3-0 by the African champions Algeria in a preparatory match for the 2021 African Cup of Nations on Wednesday in Doha.

Napoli winger Adam Ounas put the Desert Foxes in an early lead in the 8th minute after he dribbled past defender Gideon Mensah before unleashing a shot to beat goalkeeper Manaf Nurudeen.

Columbus Crew captain Jonathan Mensah conceded an own goal to double Algeria’s advantage in the 74th minute after he mistakenly put the ball in the net after a failed clearance.

Five minutes later after the Algerians made it 3-0 following a goalkeeping howler from substitute Lawrence Ati-Zigi. The 25-year-old keeper set up Islam Slamani to score after his poor save.

The Ayew brothers Jordan and Andre did not feature in the game same as Mubarak Wakaso.

The Black Stars will open their AFCON campaign on Monday against Morocco before facing Gabon four days later and Comoros in their final group game.