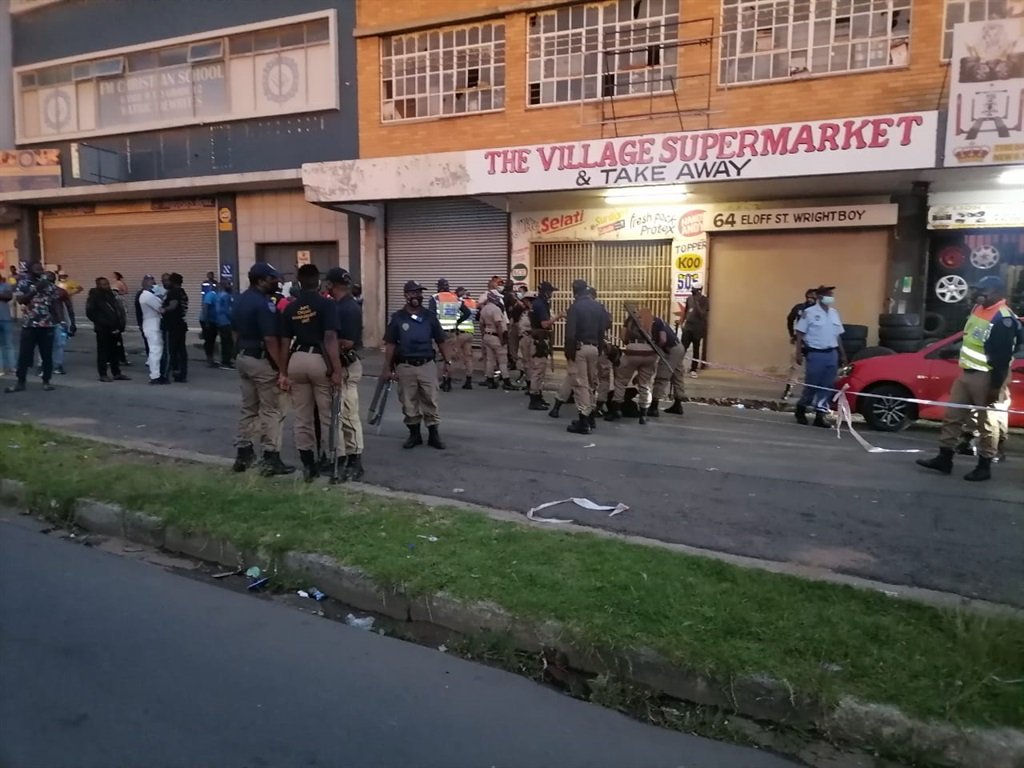 A group of Joburg Metro Police Department officers outside a flat where a Nigerian man died after swallowing drugs upon seeing officers.
Supplied.

A Nigerian man died after he swallowed two packets of crystal meth in an apparent attempt to hide the drugs from approaching police officers.

Sketching the background to the incident, Johannesburg Metro Police Department spokesperson Wayne Minnaar said officers spotted a red VW Polo on the side of the road outside Turffontein Fire Station in the south of Johannesburg on Tuesday.

It looked like a drug deal was taking place, Minnaar said.

“Officers approached the car. There was a chase, and officers blocked the Polo a short distance further. The driver had crystal meth in his possession and said he was working for his brother.

“Officers then proceeded to Eloff Street. When the brother (the deceased) saw [the younger brother with officers, he ran inside his premises and swallowed a packet of drugs. He took a second packet from his front pocket and swallowed that too.”

The brother collapsed immediately after swallowing the drugs.

Although an ambulance was summoned, the man was already dead by the time paramedics arrived.

Minnaar alleged that a group of Nigerian men later arrived and attacked the officers, who then called for backup.

“The deceased was removed to Hillbrow Mortuary and the suspect who was in possession of drugs was charged for possession of and dealing in drugs at Johannesburg Central police station.

“Two male suspects from the group of foreign nationals were also arrested and charged at Johannesburg Central police station for interference with police duties and for inciting violence at the scene.”