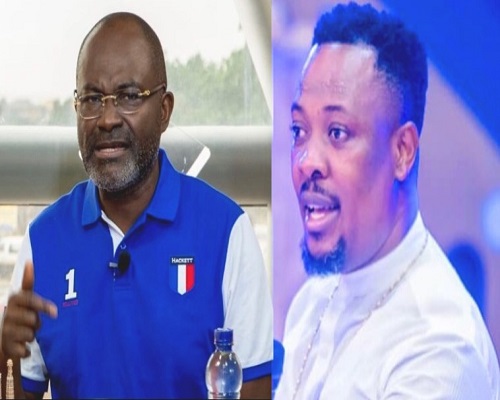 Just a day after the Assin Central wished doom for the Prophetic Titan for fueling rumors that he was down with stroke in USA, he has returned the favor.

During his 31st Night Service, he said the dog who is often released to attack people when the government is messing will go down.

“When they are confused, they send their dog to attack men of God. You that dog we’ve buried you in spirit, spiritually and physically we’ve buried you and God will deal with you” – Prophet Nigel Gaisie said.

He added that he who touches a Prophet touches the eye of God so God will deal with him.