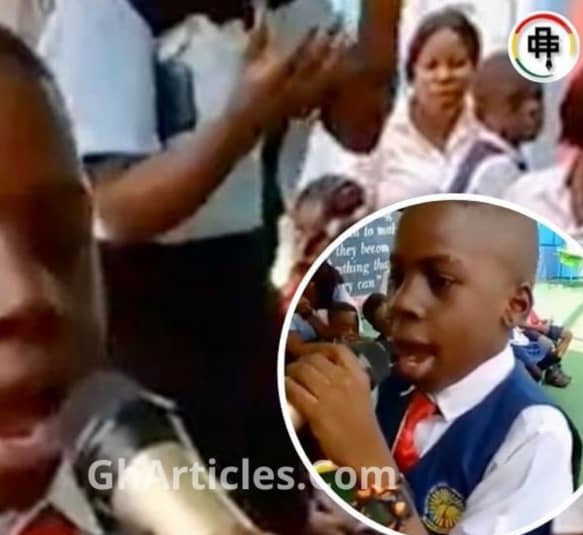 In Osogbo, Osun State in Nigeria, attendee and teachers were left speechless as a Primary 5 pupil delivered his manifesto during school prefect contest.

The video has found it way on social media as it is spreading like wildfire. Social media users can’t stop praising the young lad for the delivery of his presentation, confidence and composure.

In the video sighted the Primary 5 pupil who is yet to be identified was seen delivering his speech without reading from any notes or paper. It seems he really prepared himself for this.

As he delivered his manifesto with some quotes from Mohammed Ali, he received a lot cheering from the attendee and the teachers.

READ ALSO:   Young Lady Reveals How She Narrowly Escaped From The Grips Of A Ride-Hailing Driver

A parent who’s daughter attends the same school took the video and she shared it she noted the the young boy was contesting for the Headboy in the school and she was on her way to vote for him.