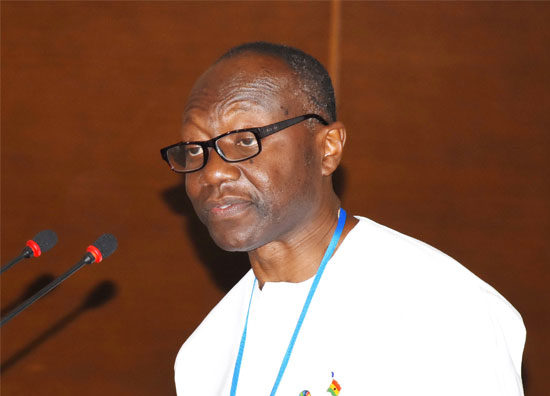 Finance Minister Ken Ofori-Atta says government will take measures to block attempts by individuals to evade the E-levy proposed in the 2022 budget.

According to him, E-levy is currently the best option to draw in more people into the tax bracket.

“On the matter of the E-levy, having regard to its serious fiscal implications, we will continue our consultations with the Minority Caucus in Parliament and other relevant stakeholders, with a view to achieving consensus and reverting to the House in the shortest possible time.

“We  are determined to enhance domestic revenue mobilisation, the presence of our proposal on the E-Levy  is to widen the tax net and generate the required revenue to support entrepreneurship, youth employment to build our infrastructure especially roads and reduce our debts,” he said.

“Let me emphasise that the E-levy represents our greatest opportunity to in the medium-term widen the tax  base and meet the tax to GDP ratio of 20% as pertains among our peers.

“To lessen the impact of the E-Levy on consumers and subscribers, especially the  vulnerable we shall work with all stakeholders to ensure that we respond to the need of the people,” he noted at a press conference in Accra Monday.

He stressed: “We shall also ensure administrative measures are taken to avoid attempts at evading the E-Levy, The propose E-levy is largely progressive”.

Meanwhile, the Minority in Parliament says its position on the controversial E-Levy in the 2022 budget has not changed.

It comes on the back of reports that the Minority leader Haruna Iddrisu says the minority caucus is willing to accommodate an adjustment of the levy from 1.75% to 1% of all electronic cash transactions.

A statement signed by the Minority Chief Whip Muntaka Mubarak said: “For the avoidance of doubt, the position of the NDC Caucus in Parliament right from the outset of the 2022 Budget debate has been that the 1.75% E-Levy government is seeking to impose is regressive, punitive and draconian, and that same must be suspended.