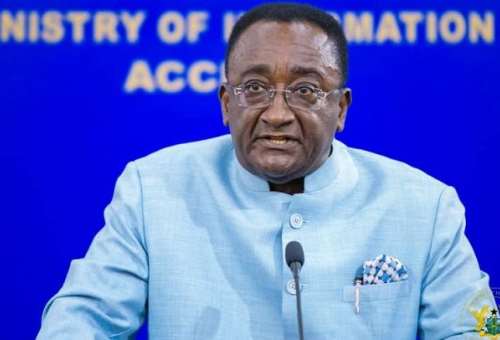 In total defiance of the code of conduct issued by the New Patriotic Party, Food and Agriculture Minister, Dr. Afriyie Akoto has been caught on tape campaigning vigorously in Tamale, the capital of Northern Region.

The Presidential hopeful selected 5 delegates each from the 18 constituencies of the Northern region and assembled them at the popular Gilbert Hotel. Delegates waited for nearly 5 hours whiles the Minister was in the traditional capital of Dagbon to pay homage to the Ya Naa.

On his return from Yendi, the Minister went straight into the meeting room where he told participants of his decision to run for President.

The Minister explained that his decision to run for President is to salvage what he termed “the neglect by the top of the grassroots”. The Minister sought to blame the President and everyone in Government but himself.

He charged participants to support his bid, stating that he could do better than the President in managing the party.

The Minister gave each of the 5 delegates representing the 18 constituencies an amount of GHC2000 each totaling GHC180,000.

He is expected to meet constituency executives tomorrow at Modern City Hotel.