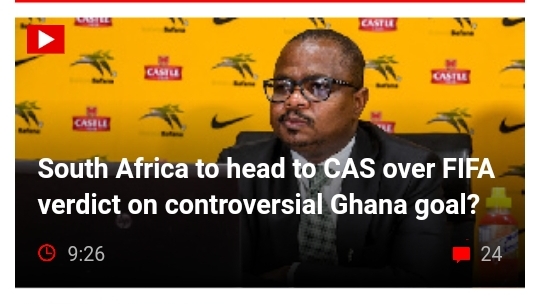 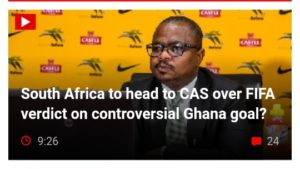 South African Football Association CEO, Tebogo Motlanthe has indicated that the association would head to the Court of Arbitration for Sports(CAS) if they are unsatisfied with the verdict of their appeal to FIFA.

The association filed a formal complaint to FIFA right after the game on November, 14. However, the World’s football governing body is yet to announce a decision on the appeal.

Motlanthe has urged South Africans to have patience while they anxiously await the outcome from FIFA.

“I think as South Africans, the mistake we have made is that everyone thought the decision would be announced on November 23,” Motlanthe told Sowetan Live.

He added that CAS will be another option should they not be satisfied with the outcome from FIFA.

“There are a lot of things they are dealing with. If they don’t give you a good reason, you can still go and challenge the matter with CAS. So they’d rather do their work and we give them the space.”

Source: www.ghanaweb.com
Related Topics:CAScontroversialFIFAGhanaGOALHEADonOVERSouth;AfricaTOVerdict
Up Next