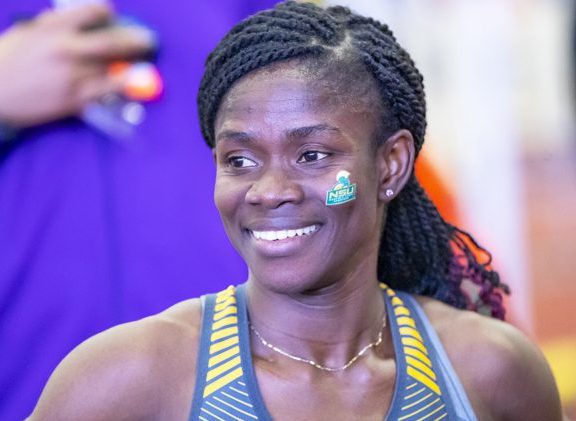 The Ghana Athletics Association has lifted with immediate effect the suspension it placed on US-based Ghanaian athlete, Martha Bissah.

This comes after the Ghana Athletics Association(GAA) Executive Committee meeting on 26th November, 2021 that deliberated on the athlete’s letter of apology to the GAA following her wrongful accusations against it(GAA) and Prof. Francis Dodoo.

A statement issued by the GAA and dated 28th November 2021 said: “…she is warmly welcomed back to the Athletics family in Ghana.”

“The GAA  looks forward to Martha competing in our imminent domestic competitions beginning in early 2022, and to discussing with Martha ways in which we can help advance her personal and athletic goals, as we do for other athletes,” the statement added.

The Olympic youth gold medalist was suspended following her claims which the GAA considered as indiscipline and peddling lies against the association.

Bissah and her entourage accused the GAA of extortion while working on a scholarship for her to move to the United States after winning gold medal at the 2014 Youth Olympics in Nanjing, China.

She was asked to issue an apology to the parties involved in order to see her ban lifted.