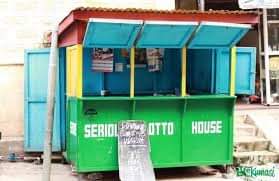 The Concerned Lotto Agents Association(CLAAG) has kicked against the decision by the National Lottery Authority towards the license renewal.

It comes against an order by the Director-General of the National Lottery Authority Mr Sammi Awuku on private lotto operators to pay Ghc 1.5 million cedis to renew their license.

According to them, the leadership of the National Lottery Authority are taking a path that will put businesses of private lotto operators in danger.

“The actions of the new Director-General is going to give jobs to the rich. His actions will sack the majority of Ghanaians who depend on this business to cater for their families. It will be unfair and inequitable to see many private lotto operators becoming unemployed”.

In a Press Release signed by the Public Relations Manager, King David he noted that CLAAG is therefore calling on the President Akufo-Addo led government to intervene since the majority of them renewed their license last year.

“Majority of us just renewed our license last year and have not been issued a receipt and have been asked to pay the newly increase renewal license fee”.