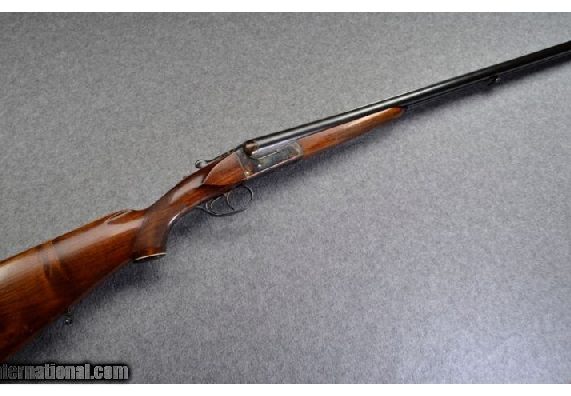 A taxi driver has lost his life after a stray bullet hit him at Ntroaku in the  Adansi North District of the Ashanti Region.

The deceased has been identified as Kwadwo Antwi.

Reports indicate that Kwadwo, the 28-year-old man, was sitting in wait for passengers to fill up his taxi which was parked at the lorry station when he was hit by the bullet.

The Wife of the deceased Francisca Duah told  OTECNEWS  that the fetish priest was cocked his gun aggressively before firing the fatal shot.

The bullet is said to have penetrated Kwadwo’s chest, leaving him unconscious, in a pool of blood.

According the traumatized wife, Kojo Antiwi was pronounced dead upon arrival at the Benito Menni Hospital at Dompoase.

An eyewitness said prior to the incident, the priest, Nana Collins Asamoah, had threatened to shoot another resident he was in a tussle with over a farm.

The priest has reported himself to the police and is currently being caged.

Meanwhile, irate residents have set the fetish priest’s house on fire, in protest of his actions in the community.