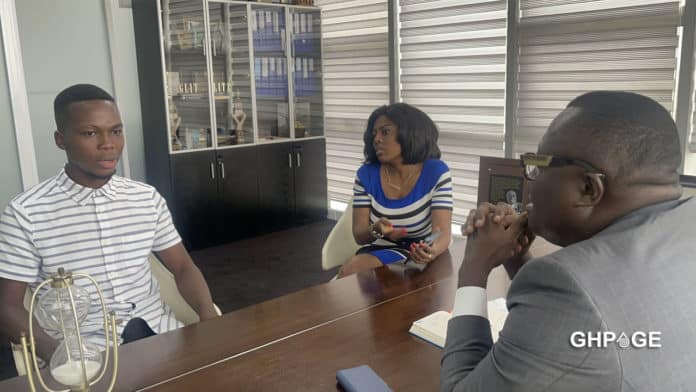 Blogger Journalist Albert who made the news a week ago after he was humiliated by award-winning broadcasters Nana Aba Anamaoh, Serwaa Amihere, and Bridget Otoo during an audition has quit his campaign with EIB Network.

According to the blogger, despite the fact that he is yet to start the campaign against cyberbullying, he is sorry to announce that it wouldn’t be possible anymore because he would no longer be part.

In a series of tweets sighted on his social media handle, he explained that he had a lengthy conversation and deliberation with his family over this new campaign but they concluded that he stays off the public domain and social media for some time.

I apologise for any inconvenience caused as a result. This is a collective decision made by family and me after careful and lengthy deliberations.”

I have formally informed my family about the sudden turn of events in my life and they have received it solemnly.

As a result, my family has advised that I stay out of the public domain and take a social media hiatus…an opportunity for self-rediscovery.“

He however gave thanks to the CEO of EIB Network Bola Ray and Nana Aba Anamoah for giving him such an opportunity.

“Consequently, I will not be able, in my capacity as Albert Nat Hyde, continue with the great initiative “Anti-CyberBullying Campaign” as discussed and widely publicized.