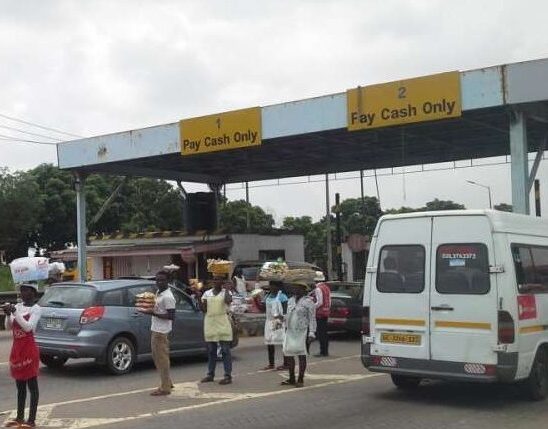 Some workers of Toll Booth at Ntonso Aboaso in the Kwabre East District of the Ashanti Region are demanding their three (3) months unpaid salaries from the government following the closure of Toll Booth operations in the country.

The road minister Kwesi Amoako Atta on Wednesday announced the discontinuation of Toll Booth collection after the finance minister presented the 2022 budget in Parliament.

Ntonso Aboaso Toll Booth workers are unhappy about the directive from the Road Minister Hon Kwesi Amoako Atta indicating that there is no alternative arrangement for them despite being unpaid for months.

Expressing their grievances in an interview with Pure Fm’s Osei Kwadwo monitored by MyNewsGh.com, the workers believed that Road Minister’s directive came to them as a shock since they did to prepare.

According to them, “Now that we have been asked to go home because of Road Minister’s directive, we have no option than to count ourselves among the unemployed association in the country”

“We have been working for 3 months without salary and government has asked us to go home without paying out arrears. How are we going to survive with our families? Government should pay us our arrears and give us 3 months’ salary as the labor law demands” they requested.