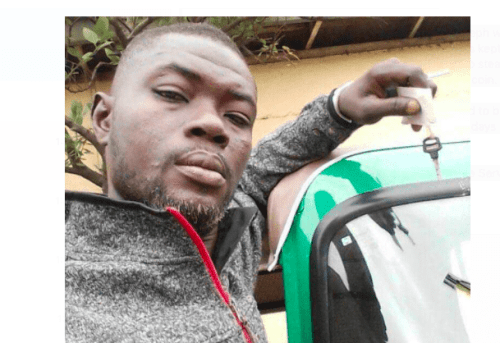 Five persons are in the grips of the Obuasi Police in the Ashanti Region for killing a 43-year-old tricycle rider at Obuasi in the Ashanti region over a bag of money they left in his tricycle.

The suspects, Mary Sarfo, a cold store operator and 4 others allegedly ganged up to beat up Amadu Ibrahim for not immediately returning a handbag with cash that was left in his tricycle which was later revealed to have been left untouched by the rider to look for the actual owner.

They reportedly gave the ‘Pragya’ rider the beatings of his life though he had left the bag containing the cash with a fuel station and had told them to release it when the owner came looking for it.

Giving the details of the story, Angel News’ Chuku Joseph who broke the story on Angel In The Morning today said, the suspects kept on beating the deceased even after finding out that he didn’t intend to steal the bag and its contents of GHC 8,600 which was intact to the last coin.

They said he kept the bag for too long and so deserved to be beaten; the victim did not die on the spot but at the hospital a few days after suffering from the complications of the assault on him.

Mother of the deceased has called on the Ghana Police Service to ensure justice prevails since her son is innocent.

The deceased left behind 6 kids.