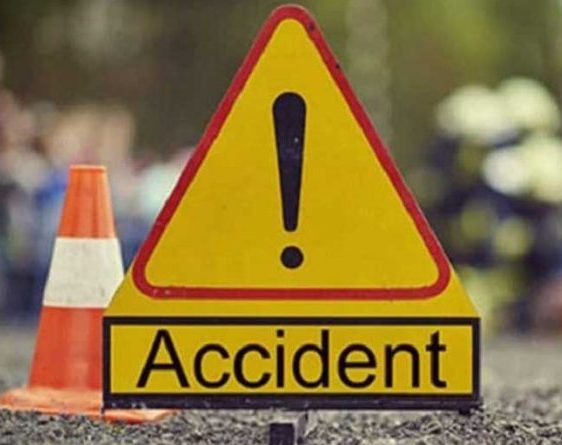 A soldier and his wife, and child died in a horror smash with a tow truck near a military base, according to reports.

Army Spc. Luis Taveras, 27, his wife Lisbeth, 30, and their 16-month-old son Luis, were all said to have been killed when their vehicle collided with a tow truck at about 11:00 pm last Monday.

The crash happened in Pyeongtaek, near Camp Humphreys, South Korea, at an overseas US military base.

According to reports, the soldier from Massachusetts had served in the Army for four years and was a quartermaster and chemical equipment repairer with the 19th Expeditionary Sustainment Command.

He arrived in South Korea in June.

Stars and Stripes reports that investigators believe the car, with the family inside, hit a tow truck at a curve on a single lane road before a fire broke out.

The family was pronounced dead at the scene.

Brig. Gen. Steven Allen, the unit’s commander told the publication in a statement on Wednesday: “No words can accurately express the pain their friends and family are having to confront.

“We will, as an Army team, move forward in a manner that provides support and assistance to those grieving.”

The driver of the truck, said to be a 27-year-old Korean man, was being treated for non-life-threatening injuries at a nearby hospital.

Both the Korean National Police Agency and the military are currently investigating the crash.

Founded in 1964 the 19th Expeditionary Sustainment Command is headquartered in Daegu and consists of about 5,600 personnel.

They provide support to all US troops currently stationed in the Republic of Korea.

There are about 28,500 American troops stationed in South Korea, the United States’ third-largest military presence outside its country after Japan and Germany, according to data from the U.S. Defence Manpower Data Centre.
US Forces Korea (USFK) operates about 90 combat planes, 40 attack helicopters, 50 tanks and some 60 Patriot missile launchers, according to South Korea’s Defence White Paper issued in December.
USFK data showed it had about 19,500 Army soldiers, 7,800 airmen and women, 350 Navy sailors and 120 Marines stationed in South Korea.